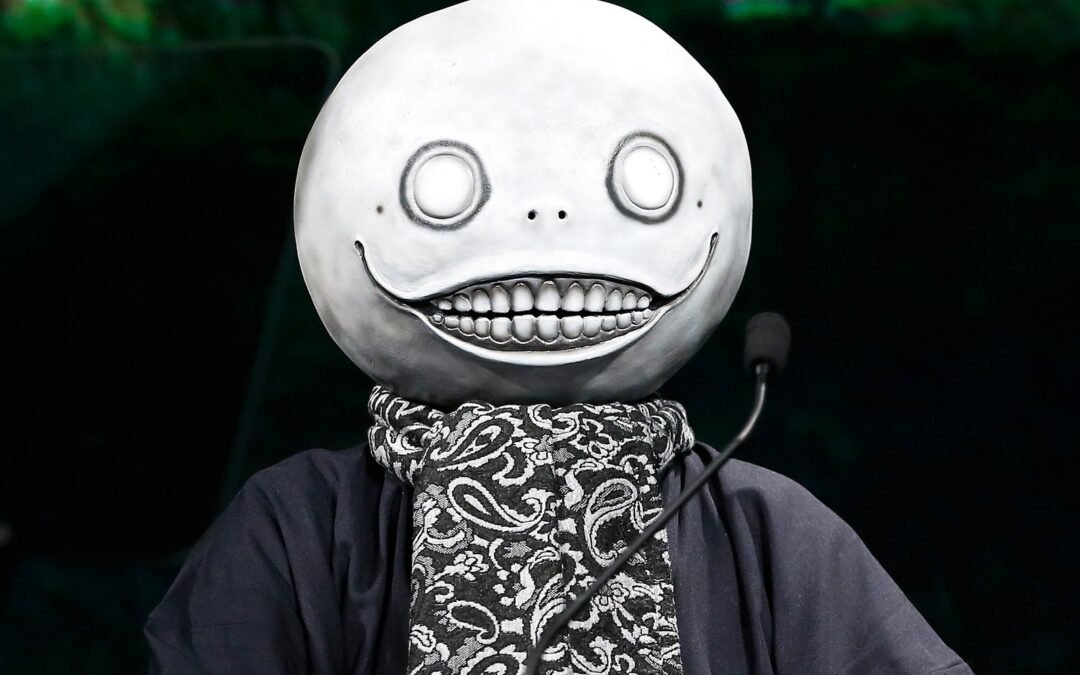 “Video games are unique in that, as long as they are computer-mediated and include some kind of interactivity, their physical form doesn’t really matter. In fact, the moment [media] incorporates some kind of lever controls or a set of choices from which to select, it can then be considered a ‘video game.’”

“On the flip side,” Taro elaborates, “if we go along with the idea of ‘being computer-mediated and including some kind of interactivity,’ then withdrawing money out of the ATM or purchasing a can of soda out of a vending machine can be categorized as the same behavior. However, we do not call these ‘games.’ Then how about actions like competing for more ‘likes’ on your social platforms? What about online stock investment? If you start thinking deeper, I’m sure you’ll understand just how ambiguous and undefined ‘video games’ are.”

That ambiguity can sometimes be an asterisk. And in the case of Taro’s new project, Voice of Cards: The Isle Dragon Roars, it can be an invitation to try something new. The collaboration with Yosuke Saito (Nier: Automata), Keiichi Okabe (Nier, Drakengard 3), and Kimihiko Fujisaka (Drakengard, Fire Emblem: Heroes) taps into the same card-based genre that’s spawned Loop Hero, Slay the Spire, and Inscryption, but the game, out on October 28, is portrayed entirely through the medium of the cards. There’s swords, a bit of sorcery, and a protagonist named Ash who sets off to silence a recently reawakened dragon with the help of a scales-hating black witch and a monster pal with underlying attachment issues. It’s overly Nier, and in the Nier-est way possible, Voice of Cards uses dice, battle boards, and a Game Master (voiced in English by Todd Haberkorn) to illustrate familiar themes players have grown to love.

“I think people tend to misinterpret me often, as my interests do not lie in philosophy, but rather, in human beings,” Taro explains. “It’s a lot of fun to depict the complexities and wonder of human beings, and so I don’t think I’d ever lose interest in that. For example, sex is a very important act as ‘an expression of love’ or ‘to preserve the species,’ but the very moment it’s turned into some kind of footage, it may be prohibited to watch. I feel the stark pain of how deep the inner workings of mankind run.”

Taro’s infatuation with the human psyche is arguably what makes his published works so endlessly fascinating. Released alongside narrative outliers like Prey and Hellblade: Senua’s Sacrifice in 2017, Nier: Automata persists as an eminently replayable 40-hour hack ’n’ slash drama that thoroughly explores existentialism, the futility of war, and the deification of human beings. It convinces players to grasp for a better understanding of the existential crises its characters face, and even uses its replay value to recontextualize antagonists and their motivations.

Nier Replicant (sometimes referred to as just Nier)—a 2010 spin-off from Taro’s Drakengard series—is more convoluted, but its themes persist regardless. The protagonist’s journey to save his sister from a fatal illness known as the Black Scrawl is ingrained with themes of possession and reincarnation. Its complexities have sparked internet debate among fans for years, and its themes are subjects in philosophy classes. With the help of an updated version, 2021’s Nier Replicant ver.1.22474487139… (on sale via Steam), it’s now an accessible examination of identity and an iteration worth revisiting, even for fans of the original.