With ‘Ragnarök,’ ‘God of War’ Keeps Growing Up 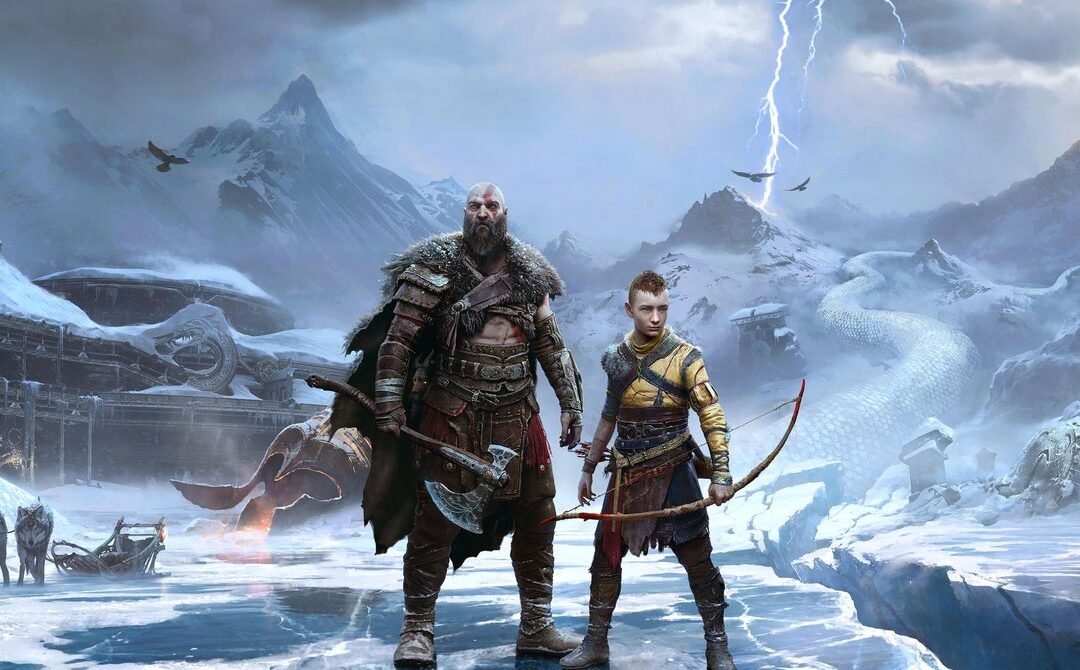 Before the long-running God of War series was reestablished with a 2018 entry that moved the story from a mythological ancient Greece to a mythological ancient Scandinavia, its protagonist, Kratos, was an unparalleled jerk. Mouth fixed in a permanent sneer, hell-bent on revenge against the pantheon of gods who tricked him into murdering his family, the earlier Kratos roared, growled, and ripped apart every deity in his way until he’d toppled an entire civilization’s metaphysical framework.

With God of War’s Norse reimagining, though, Kratos started to grow up. In Santa Monica Studio’s new vision, he was depicted as a sullen widower now left to forge a relationship with his son, Atreus, after heading north to escape his past. Its being an action game starring a living god means it isn’t long, of course, before that past catches up to him and he’s forced to reckon with his child, learning the family history and protecting him from the unwanted attention of the Norse gods. Over the course of the story—which tones down much of the previously over-the-top gore and does away with the goofy, rhythm game sex scenes of the Greek series—Kratos eventually learned how to talk to his son in more than monosyllables and grunts, becoming something like a functional parent over the course of their journey to scatter his late wife’s ashes.

The recently released Ragnarök is a direct sequel to that game, picking up after its predecessor revealed that Kratos’ son, Atreus, is actually the Norse god Loki, and that the mythological end times— Ragnarök—are upon them. With Odin hunting for Atreus/Loki, and Kratos now desperate to find a way to keep his son safe while allowing him to embrace his divine identity without helping bring the world to an end (typical parent stuff, really), the stakes are much higher for the protagonist on both a personal and existential level. Naturally, then, Kratos’ role as a father and a character in general continues to change too. Though the 2018 God of War had established him as a kinder, gentler sort of bloodthirsty musclebound warrior—one capable of forming a proper relationship with his son—the sequel poses a follow-up question: How does Kratos behave once that relationship is put to the test by his child growing into an adult and being brought into confrontation with the Norse gods?

Santa Monica Studio, Ragnarök’s creators, knew that their latest game would continue to show Kratos move further away from his original character. In an email interview with WIRED, narrative director Matt Sophos writes that his team “definitely knew we wanted Kratos to continue to evolve” in both big and small ways. He cites a line from the end of the previous game in which Kratos tells Atreus that the pair “must be better” as something that the character truly meant—a central philosophy guiding his further development.

Ragnarök tests this sentiment by intensifying the interference of Odin and the Norse gods in their lives, and also by showing the strains in the father-son relationship when the adolescent Atreus goes against his father’s will in pursuit of his own identity.

Sunny Suljic, the 17-year-old voice and motion-capture actor who portrayed Atreus in both God of War (2018) and Ragnarök, explained over email that this aspect of the character was relatable for him, especially since he and Atreus are “about the same age.”