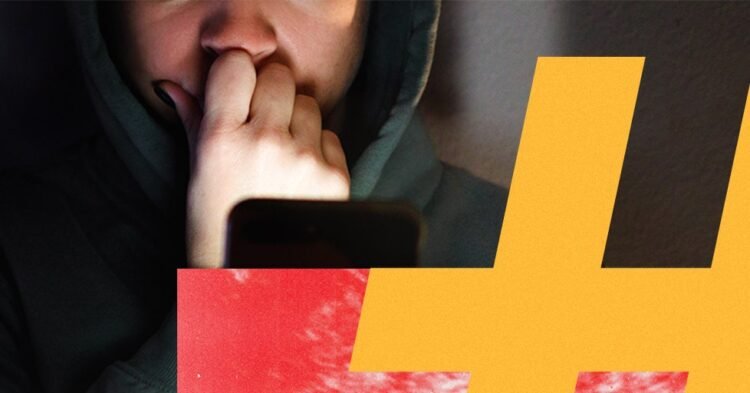 In the minutes and hours after learning about my first miscarriage during a routine ultrasound, my senses sharpened to the physical details around me: the blossoming warmth of May in Maine, a single feathery cirrus cloud overhead in an otherwise perfectly blue sky, the MOJO RZN license plate on the maroon Mustang in front of us at a light as my husband and I drove home disappointed. Early pregnancy can be speculative, those initial days filled with prospect and sparkly suspense. It’s a dreamy, hopeful time. My loss was immediately grounding. So many of my days had been spent in the ether, in a wishful bubble of making lists and scrolling Instagram—a bubble that popped when there so clearly wasn’t a heartbeat on the screen in the cool, dark imaging room. Now as we drove back to our house and our toddler, the concrete details of the ride were asteroidal. The smell of burning brakes, the tick-tock of a turn signal, the sign at Taco Bell lit up with the promise of health insurance and paid vacation, gravel beneath a tire, and a nagging, invasive voice in my head asking me the question: Will you put this on social media?

I didn’t, but boy did I scroll. Through the accounts with letter boards with careful messages about loss. Through posts with sepia-toned rainbows and empty cribs. Through Candles. Wishes. Prayers. The thing was, I was kind of OK: I knew the miscarriage was the biological process of nonviable pregnancy. But the loss of the potential—that thrill of anticipation—was a gulf of sadness I just didn’t see coming. Miscarriage is like homesickness for a person you will never meet.

In the minutes and hours after my second miscarriage, I thought: You’ve got to be fucking kidding me. I had been assured that, statistically, there was an 80 percent chance I would go on to have a normal pregnancy. But following my dilation and curettage, I received unexpected results: this time, I had experienced a partial molar pregnancy—a medical anomaly that affects only 1 in 1,000 pregnancies—and I would have to go through months of close monitoring to ensure no tissue was left in my womb, because it can turn cancerous and spread to your lungs in a matter of weeks.

I went back to Instagram and resumed my scrolling. There were the same old #TTC (trying to conceive) hashtags and babyless onesies, the color-coordinated grid posts with phrases like “you are not alone” and “1 in 4.” There were pictures of people holding their rainbow babies in shots staged under blooming cherry trees.

Meanwhile, I began eating ham sandwiches in bed and sitting out my parenting duties. One day I realized it had been a solid seven days since I had even set foot outside; I tried to leave my bedroom but couldn’t. Text messages on my phone went unanswered but not because I wasn’t on it, my thumb still mechanically flicking away at posts. The losses chronicled on prominent infertility accounts were dainty and composed; the rooms that had no babies still had nice light awash in the Sierra filter; the women who posted selfies looked, well, bathed. Like everything else on Instagram, even grieving had become aspirational—beautiful but empty. And I had come undone.

There is a debate over whether miscarriage, particularly in early pregnancy, is death. Socially, we can’t even agree on what miscarriage is. State by state, women receive different treatment, and our work environments rarely acknowledge it. Miscarriage “is a type of loss that our culture just doesn’t really what to do with,” says Crystal Clancy, a Minnesota-based psychologist and perinatal mental health specialist. “Because it can happen at different stages of pregnancy, because it has different meanings to everybody, because people may not be comfortable with it—it is just something that most people don’t want to talk about.” This affects people both financially and emotionally. Most people do not receive paid leave for pregnancy loss, which can force individuals who have to have D&Cs, a surgical outpatient procedure, to have their phone nearby and on vibrate in case work crops up. Additionally, most insurance companies provide spotty coverage for miscarriages. I’m still paying off both my D&Cs, which weren’t covered by my insurance and ended up costing me more than my C-section and five-day hospital stay after the birth of my daughter. There is just no social safety net for miscarriage, which also becomes apparent online.