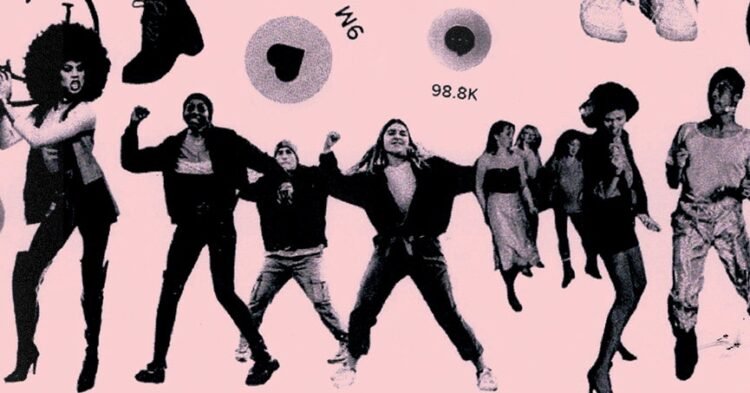 For a cohort famous for feeling stupid and contagious, as Kurt Cobain put it, Generation X has turned downright self-congratulatory. The regular slighting of our generation in pop demographics is officially a source of performative delight.

Sure, we’re perpetually overlooked. The bigger, louder, more heavily branded generations—the boomers, who preceded us, and the millennials, our successors—tend to Hoover and vape up all the oxygen. But our stealth also means we’re rarely blamed.

We skulk around doing our own ordinary, all too human things (and for every Zadie Smith or Monica Lewinsky there’s a Ted Cruz or Alex Jones), and boomers, as usual, consume all the resources—including the nation’s deep reserves of contempt, which are largely aimed at them. The two big gens get the pollster love too: Polls fixate on those over 65 and those under 34, leaving out the 35 to 64 crowd altogether, making us a kind of chronological flyover country.

But our mark on the world is still evident, if in unexpected places. Let me point you to TikTok, the return of the Gen X repressed.

Even as the “TikTok generation” is increasingly its own designation—and the phrase means something like “damned young”—the founder of the antic video-sharing platform, Zhang Yiming, born in 1983, is almost a Gen Xer or at least a xennial. (Generationalizing is itself stupid and contagious.) Moreover, the new CEO, Liang Rubo, was Zhang’s roommate. Very Gen X to stick with your teen tribe. It’s the best way to make sure everyone gets references to kitschy childhood stuff like Garbage Pail Kids, Reality Bites, and of course the Lancang-Gengma earthquake.

Immerse yourself in TikTok and you’ll see a raucous return of the old ’90s themes: self-savagery, acid disdain for the rich, anti-commercialism, open mental illness, and every shade of irony. Though the mere word TikTok scares off boomers, with their love of speechifying on Facebook, and millennials, with their commitment to polished brand-of-me’ing on Instagram, the indolent, endless scroll of TikTok smells like teen spirit. That’s seductive to Gen Xers who are rounding the bend to reading glasses and name-forgetting.

Our listlessness is right at home in TikTokland, which insists on squandered time, self-abnegation, and nonbinary play over productivity, self-improvement, and hard edges.

In fact, TikTok is a Gen X comfort zone. And at our most self-realized, we like nothing more than comfort zones. Not busting out of them, not disrupting them, not making them mindful or hygge, just sitting in them unshowered, doing something like self-non-care. TikTok can be part of this familiar catatonia, ye 65 million.

I admit, I’m giving into the mental laze of generational categories. But come on: It’s all so obvious, the Clinton-era apparatus pervading TikTok. And it’s not just the high-waisted jeans and flashed midriffs. The #nonbinary videos, for example, are chocked with the sartorial stylings of Grace Jones, Prince, Eddie Izzard, Kurt Cobain, RuPaul, Boy George, Annie Lennox. You get the sense that, sometimes, nonbinary living is styled as a function of apathy, as it was in grunge days. Our icons acted as though they were too aloof, too cool, and possibly too high to pick a side. What else could I say? Everyone is gay.

Also heavily referenced on #nonbinary TikTok is the version of gender expression embodied by Jennie Livingston’s 1990 doc Paris Is Burning, as well as of course Madonna, who commanded all binaries to dissolve on the dance floor:

It makes no difference if you’re black or white If you’re a boy or a girl If the music’s pumping it will give you new life You’re a superstar Yes, that’s what you are, you know it.

Which brings us to dance. If your Gen X memories are heavy on three-chord indie singer-songwriters, you may have forgotten how deeply the groove was in the heart. The dance club spirit also animates TikTok, the spawn, after all, of a parent company called ByteDance.