The Intoxicating Pleasure of Conspiratorial Thinking 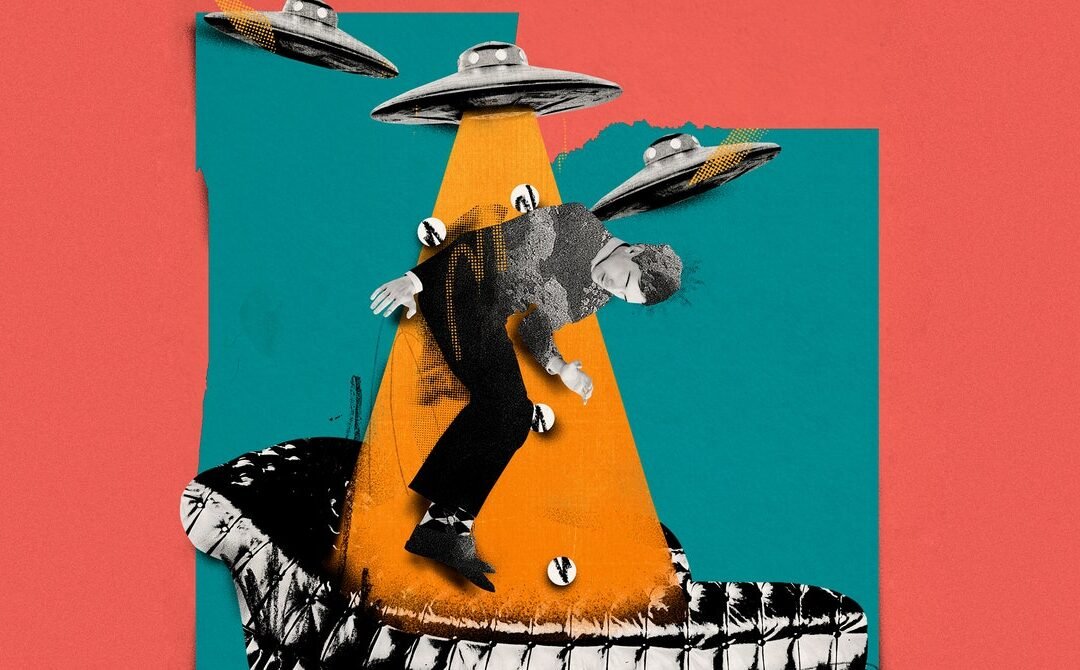 “The seeking is a never-ending circle until one is satisfied,” Justin reflected, runically, in an email to me. “For me, that satisfaction was never really present until the theories of QAnon started emerging.”

Yes, QAnon—the undead cosmology that still haunts the internet. Justin, a Brooklyn entrepreneur who once worked for TED, is best known for having been so jazzed about the QAnon-Trump conceit that he joined the Stop the Steal protest in Washington, DC, on January 6 last year. He now says he wouldn’t have gone if he’d known it was going to turn violent.

I had seen a news story about a penitent QAnon adherent called simply “Justin,” and I wanted to hear more; I thought I could find him. (After I did, he asked me to use only his first name.) In our exchanges, he sounded fully deradicalized—candid, earnest, thoughtful about his own choices.  “I dissociated so much from my reality,” he told me about the years leading up to January 6. He had lost friends. “I acted in a condescending manner to a lot of people, and it was wrong of me to do that.”

He was repairing his friendships, helping build a new business, trying to put Stop the Steal behind him. “Anyone who invited or incited violence on Jan 6 I do not support,” he wrote. Did he still believe in the vast child-abuse network that defines QAnon’s muddled worldview? He said no. Then he added: “It’s my hope that such does not exist.”

His hope. I left it at that, though, later on, righteousness caught in my throat like a thorn. Why wouldn’t Justin fully reject QAnon? How could I prove to him it’s horseshit? I briefly imagined enlightening him with sniper-fired bullet points and rhetorical virtuosity. But the aggression in my fantasy disturbed me. I’m not the policewoman of all rationality, and people’s creeds are their own. Maybe this is what missionary zeal feels like. I must tear out these pagan lies, root and branch.

In general I believe what Freud did: that it doesn’t matter, for purposes of human connection, whether another person’s private apprehensions comport with reality or not. If something’s true for a person, and she’s not harming anyone, a good friend suspends disbelief. This seems self-evident for religious faith (“I believe in one God”) or private credos (“we manifest our destinies”). But then there are false empirical claims, like “5G kills” or “a secret cabal of cannibals runs the world.” Can people who live in fantasy worlds at such steep odds with reality be good friends and citizens themselves? At the very least, maintaining such worldviews means vigilance about rejecting facts—and the perceptions of other, clearer minds. This estranges others. People who believe lies certainly could, like Justin, act in a condescending manner to a lot of people. If things escalate, they might even invite or incite violence.

John Mack, who was killed by a drunk driver in 2004, was an eminent Harvard psychiatrist who wrestled manfully in the ’90s and aughts with the question of what to do about other people’s false beliefs.