The Activision Blizzard Union Win Is Only a Beginning 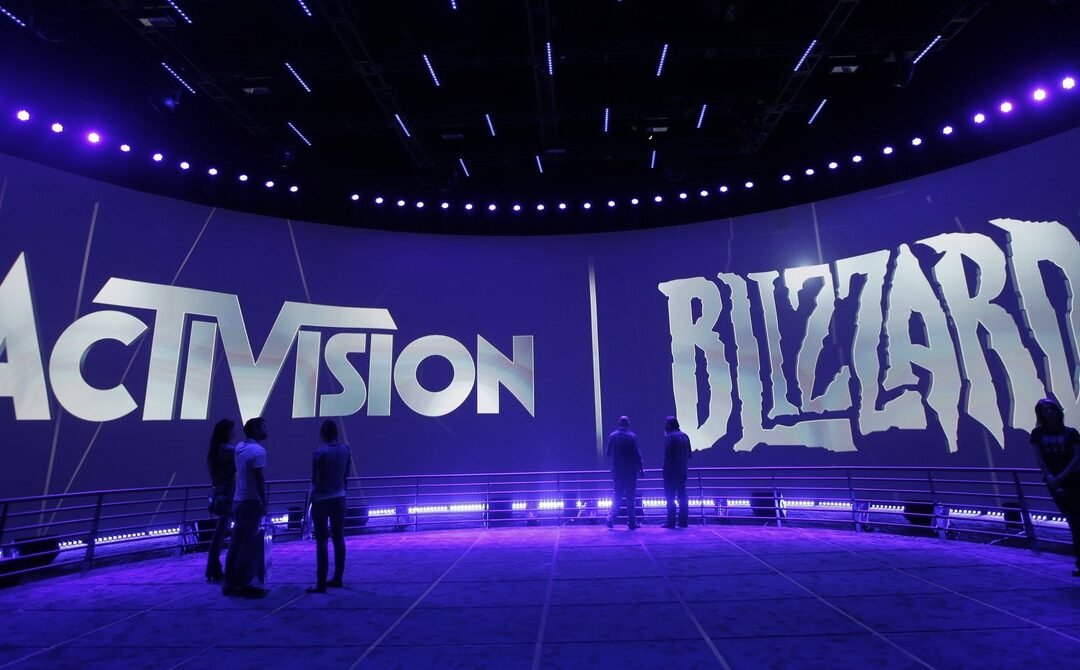 Pencil in another win for collective bargaining efforts in the video game industry: On Monday, Microsoft and the Communications Workers of America formed a labor neutrality agreement, one that will allow workers to explore their right to unionize freely and without fear of retaliation. The agreement kicks in 60 days after Microsoft’s acquisition of Activision Blizzard closes.

It’s an unprecedented deal for the game industry, which has been notoriously hostile to worker collectives since its inception. Nowhere has this been more evident than at Activision Blizzard, where workers have struggled for months to unionize amidst the company’s hiring of union busting firms and use of anti-worker rhetoric. The first union to form under the company’s umbrella are workers from Call of Duty developer Raven Software—a feat they managed to push through with a small QA unit and 19 “yes” votes.

Under the neutrality agreement, employees will be able to talk with their fellow workers about union membership and maintain confidentiality on those subjects. “If a disagreement arises between the CWA and Microsoft under the agreement, the two organizations will work together promptly to reach an agreement and will turn to an expedited arbitration process if they cannot,” the CWA said in its announcement.

That agreement, CWA president Chris Shelton said in a statement, “provides a pathway for Activision Blizzard workers to exercise their democratic rights to organize and collectively bargain” once the Microsoft acquisition concludes. In other words, Shelton continued, employees now have a seat at the table.

The CWA’s wariness over the impending merger has been months in the making. In March, it urged the FTC, along with 14 other organizations, to “closely scrutinize” the deal ahead of closing: “The potential takeover by Microsoft threatens to further undermine workers’ rights and suppress wages.” The neutrality agreement relieves those concerns. Microsoft president Brad Smith said in a statement that the impending acquisition is the company’s “first opportunity” to enforce the guidelines it’s already set when it comes to labor organizations.

Microsoft has been open to employees unionizing. Xbox head Phil Spencer told staff the company would recognize Raven’s union once the merger was complete, overriding the reticence Activision Blizzard has repeatedly shown in response to worker efforts. On top of accusations of union busting, the National Labor Relations Board said in May it found merit for allegations that the company threatened employees who talked about work conditions. Activision Blizzard refused to voluntarily recognize Raven’s union, forcing workers to win their rights legally by way of election.

On May 23, a group of quality assurance developers made history after winning that vote, forming the first AAA union at one of the biggest game companies on the planet. Activision Blizzard’s response was pushback: “We believe that an important decision that will impact the entire Raven Software studio of roughly 350 people should not be made by 19 Raven employees” spokesperson Kelvin Liu told WIRED.

But Activision Blizzard can no longer continue that fight. CEO Bobby Kotick sent an email to employees June 10 with news that the company will negotiate with Communications Workers of America and the 27 QA workers in the unit: “We will meet CWA leaders at the bargaining table and work toward an agreement that supports the success of all our employees, that further strengthens our commitment to create the industry’s best, most welcoming and inclusive workplace, and enhances our ability to deliver world class games for our players.”

Microsoft’s willingness to work with the CWA bodes well for future efforts to organize at the company, but the road ahead to better working conditions is still long. Agreeing on a contract is a prolonged, intensive process that requires compromise and repeated negotiations on behalf of both parties. Kotick claims that bargaining will take place in good faith, but at this point the company has a legal obligation to come to the table. He has no choice.

Still, Kotick’s promise is a “positive step toward high road labor relations at Activision,” CWA’s secretary-treasurer Sara Steffens told WIRED. “[We] hope,” she says, “[Kotick’s announcement] is the first of many steps toward full collaboration between Activision Blizzard leadership and employees to positively shape the future of Activision through a strong union contract.”