Smartphones Blur the Line Between Civilian and Combatant 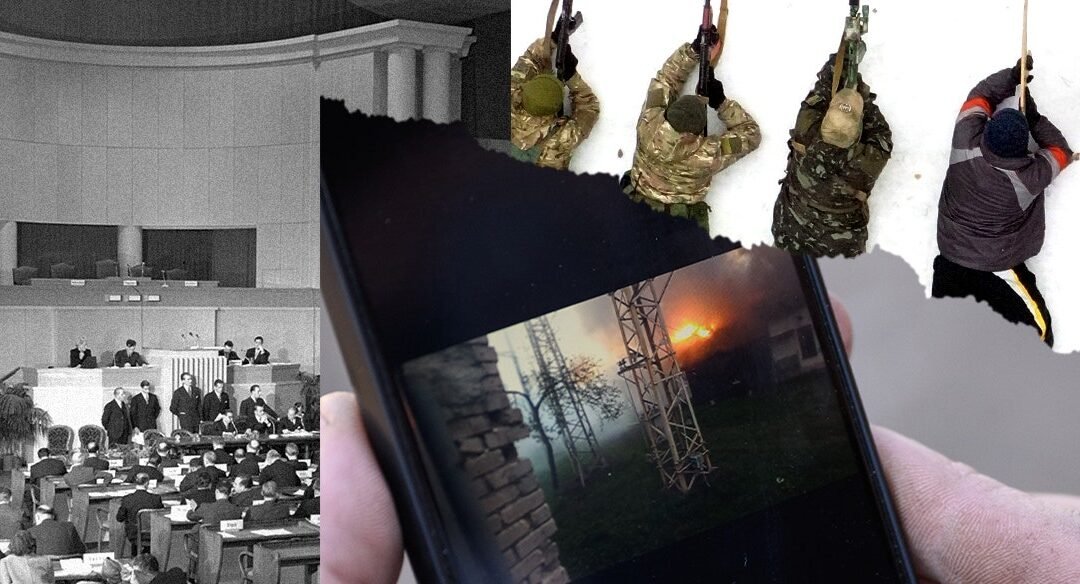 As Russia continues its unprovoked armed aggression, reports from Ukraine note that the smartphones in civilians’ pockets may be “weapons powerful in their own way as rockets and artillery.” Indeed, technologists in the country have quickly created remarkable apps to keep citizens safe and assist the war effort—everything from an air-raid alert app to the rapid repurposing of the government’s Diia app. The latter was once used by more than 18 million Ukrainians for things like digital IDs, but it now allows users to report the movements of invading soldiers through the “e-Enemy” feature. “Anyone can help our army locate Russian troops. Use our chat bot to inform the Armed Forces,” the Ministry of Digital Transformation said of the new capability when it rolled out.

Naturally, the Ukrainian people want to defend their country and aid their army in whatever ways they can. But certain uses of digital technology pose fundamental challenges to the traditional distinction between civilians and combatants in modern times.

Technically speaking, as soon as a user in a war zone picks up a smartphone to assist the army, both the technology and the individual could be considered sensors, or nodes, in the practice known as ISR—intelligence, surveillance, and reconnaissance. Inviting citizens to become a potential element in a military system, as the e-Enemy feature does, might blur the lines between civilian and combatant activity.

The principle of distinction between the two roles is a critical cornerstone of international humanitarian law—the law of armed conflict, codified by decades of customs and laws such as the Geneva Conventions. Those considered civilians and civilian targets are not to be attacked by military forces; as they are not combatants, they should be spared. At the same time, they also should not act as combatants—if they do, they may lose this status.

The conundrum, then, is how to classify a civilian who, with the use of their smartphone, potentially becomes an active participant in a military sensor system. (To be clear, solely having the app installed is not sufficient to lose the protected status. What matters is actual usage.) The Additional Protocol I to Geneva Conventions states that civilians enjoy protection from the “dangers arising from military operations unless and for such time as they take a direct part in hostilities.” Legally, if civilians engage in military activity, such as taking part in hostilities by using weapons, they forfeit their protected status, “for such time as they take a direct part in hostilities” that “affect[s] the military operations,” according to the International Committee of the Red Cross, the traditional impartial custodian of International Humanitarian Law. This is the case even if the people in question are not formally members of the armed forces. By losing the status of a civilian, one may become a legitimate military objective, carrying the risk of being directly attacked by military forces.

The most obvious way to resolve this confusion might be to accept that a user-civilian temporarily loses their protected civilian status, at least while using such an app. In some cases, this may be a minutes-long “status-switch,” as fast as picking up the smartphone from one’s pocket, taking a photo, or typing a short message. It is not direct, sustained participation in the conflict but rather a sporadic one. The problem with this interpretation, however, is that it is not established, and not all sides will necessarily agree on it. The situation becomes even more complex if someone uses the app regularly. How would “regularly” even be measured? And how exactly would the parties to the conflict distinguish citizens accordingly? The power of certain smartphone uses to turn a civilian into a form of a “combatant” one minute, and back into a civilian the next, introduces unprecedented complications to the long-held laws of war.