Rewilding Asks: What Will You Do After the Climate Apocalypse? 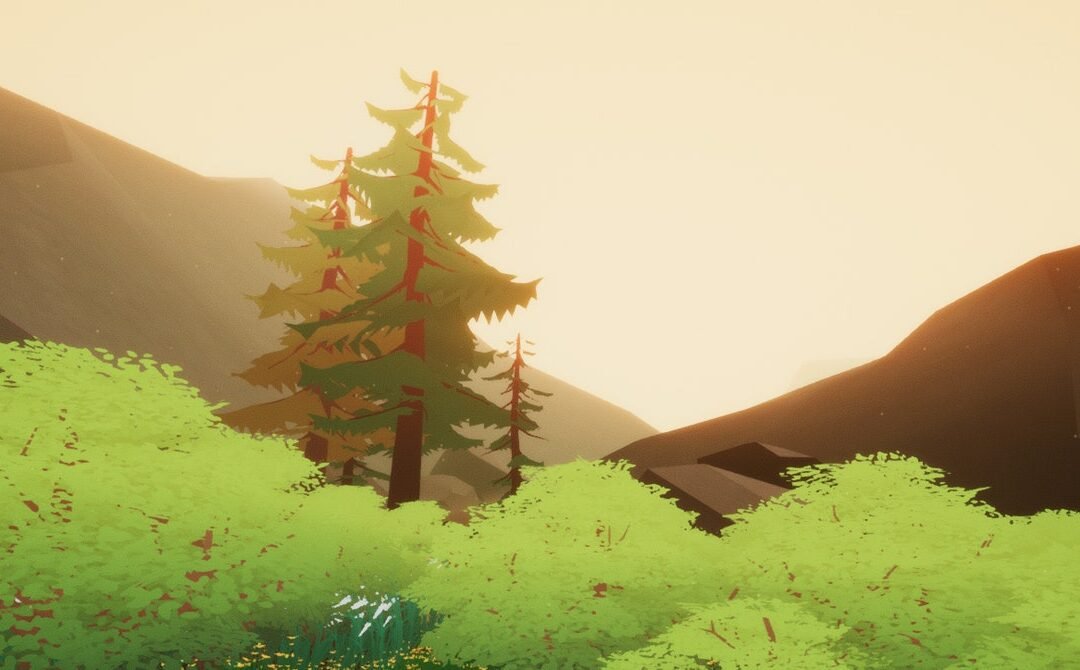 Roads got so hot in the Pacific Northwest this past summer that the pavement cracked and buckled. Hurricane season grows longer every year. As the polar ice dwindles and wildfires level suburban backyards, it’s not much of a stretch to imagine life as it exists in the game Rewilding—scorched, smoggy, and devoid of life as we know it.

Rewilding, under development by indie studio Heavy Meadow and the recent recipient of a grant from the NYU Game Center, begins in the 2200s, after we’ve snuffed out America’s ecosystems and retreated to resilient megacities.

The main character, Syd, has been tasked with restoring a small parcel of land in Upstate New York, transforming a barren waste into a functional ecosystem. They’re employed by ReGen, a megacorporation that sees restoring the planet not as a moral imperative, but as a juicy opportunity for a tax break. If that wasn’t fraught enough, the rewilding process will take hundreds of years, so Syd manages their little chunk of greenery between extremely long naps in a cryogenic pod.

Syd is rightfully skeptical of ReGen’s intentions. Their questions about the value of the work is offset by the bubbly pronouncements of an AI companion who’s been programmed for blind optimism about the project. Together, they monitor soil conditions and plant seedlings, then check back in as the years fly by to see the results.

Rewilding, with its focus on the degradation of the natural world and the possibility of restoring it, belongs to a long tradition of games that grapple with environmental issues. 1997’s Final Fantasy VII influenced an entire generation of young gamers by casting large corporate polluter Shinra as the villain and a group of scrappy eco-terrorists as heroes. Another PlayStation RPG, 1999’s Chrono Cross, explores humanity’s careless extinction of other species and asks if we deserve to live at all. Games like Okami and Flower let players bring vibrant ecosystems back to life.

It’s no surprise that as climate change transitions from disquieting possibility to lived experience, games that incorporate environmental collapse into their themes or mechanics are increasingly common. But many of them offer easy solutions to complex problems. The lone protagonist of 2016’s critically acclaimed Abzû can bring balance to the ocean’s ecosystems in a single afternoon. Okami‘s celestial paintbrush restores nature with divine power.

Other recent games with environmental themes indulge in naive fantasies about the control of nature, rewarding players for mastery over it. Terra Nil, another game about rewilding promoted as a “reverse city builder,” falls into familiar patterns, exploring nature as a resource to be managed. Its top-down perspective evokes a godlike dominance over the landscape, taking the ruined earth as a blank canvas on which mankind can start fresh.

Rewilding offers a bleaker but more sophisticated portrayal of the end of the world. Its development team set out from the beginning to emphasize the player’s lack of control. In a wide-ranging interview with WIRED, Rewilding‘s creators stress that they wanted to make something that questioned the extractive calculus of farming simulators and other resource management games.