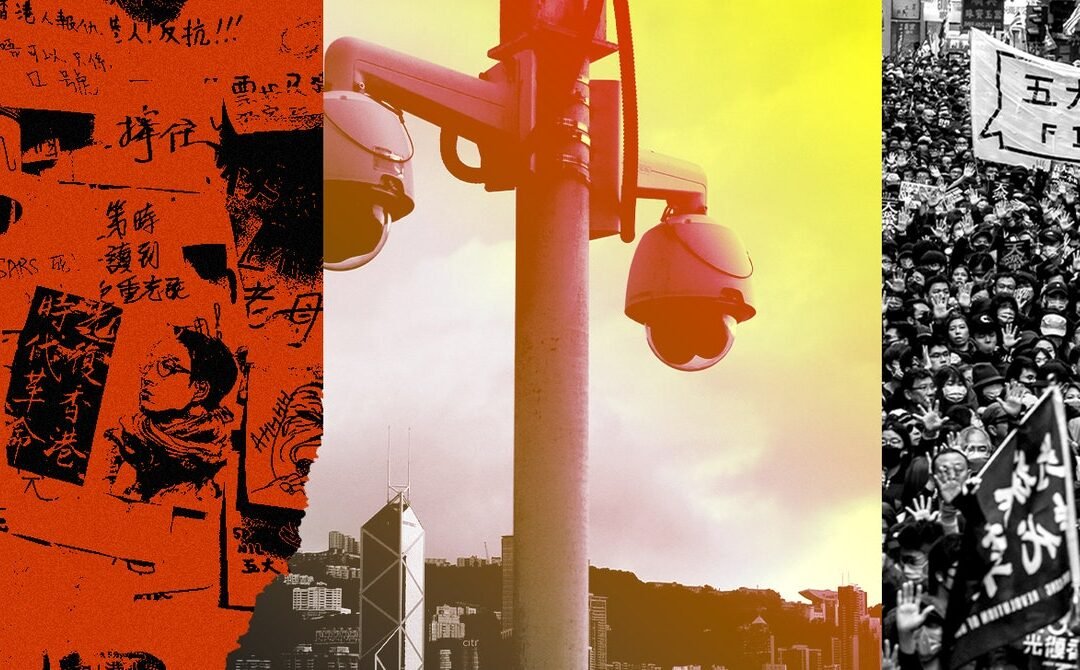 On a particularly clear day, I ascended Lion’s Rock, an iconic peak in Kowloon which offers stunning vistas of Hong Kong to the intrepid hiker. In 2019, the grandiose cliff face was regularly draped in protest signs. Steadying myself against a tree trunk, I feel my thumb slip into a groove. I look up, and, squinting, see etched into the trunk, “八三一,” the Chinese characters for 831. Like Neo learning to read code, the same numbers began to float before my vision as I ambled down the trail, uncanny and insistent, carved into tree after tree: 831, 831, 831. I whipped out my phone: 8/31, the date of the “Prince Edward Incident,” when police brutally bludgeoned protesters at the Prince Edward subway station, then sealed it off to first responders.

Googling 831 led me quickly to 721, the Yuen Long incident on July 21, which also involved violent clashes between police, protesters, and counterprotesters. Democratic Party chair Wu Chi-wai condemned the arrest of Lam Cheuk-ting, a Democratic Party politician at the time, pointing out that “the prosecution is ‘calling a deer a horse’ and twisting right and wrong.”

My mind whirred, clicked back. Months before, listening to an indie band beloved for their politically subversive lyrics led me to a coffee shop in Kowloon they sing about. A few doors down, I’d seen a curious T-shirt in a shop window: It had a picture of a deer captioned “this is a horse.”

I was beginning to piece things together, to understand how the businesses and people around me were marking themselves—how they stuck their tongues out at leaders by sticking their tongues in their cheek; how coded interactions allowed them to seek each other out and build community.

Some weeks later, I am nodding distractedly along during a conversation when my acquaintance sighs, “You simply cannot point at a deer and call it a horse.” My eyes dart up. They catch my look. “You understand what I am saying?” they ask meaningfully. “I understand,” I replied. We exchange silent, knowing nods, both comprehending that something important has passed between us. Surveillance promotes mistrust, and conversation therefore often occurs only between the lines. Far from an act of cowardice for not “speaking one’s mind,” these coded gestures are a profound measure of trust, a commitment to remembering together.

In evading surveillance and defying governance by persisting as a trace, against all odds, history persists.

As Milan Kundera once wrote, “The struggle of man against power is the struggle of memory against forgetting.” In the face of Beijing’s will, this may be all that is left to those in this city who took to the streets with a passion just three years ago. But it is not nothing. Far from it. Learning to see something where nothing is there sounds paranoid, but indeed it is the only bulwark against revisionism in a city where one has to contend with doublespeak from the highest offices. Last year, two independent newspapers were shuttered within a week, and their employees were arrested. But Carrie Lam, the chief executive of Hong Kong, claimed that while the newspapers compromised national security, their shuttering had nothing to do with the National Security Law or censorship. Addressing questions about the recent elections being a “one-man race,” where only one candidate stood for elections, Maria Tam, deputy director of China’s NPCSC Basic Law Committee, said, “Having just one person running for [chief executive’s] office does not mean we have fewer choices,” in a semantically illogical statement.

Paradoxical doublespeak in Hong Kong today occurs not only as a sprinkling of isolated incidents, but is deeply existential. Earlier this year, news broke regarding new textbooks for schoolchildren in Hong Kong that would assert that Hong Kong was never a British colony. In his speech at the handover anniversary celebrations, President Xi Jinping asserted that “true democracy” in Hong Kong only began after Hong Kong was returned to China. When questioned by a UN rights committee about press freedoms and disbanded NGOs, the secretary for constitutional and mainland affairs, Erick Tsang, retorted defensively that “in fact, democracy has taken a quantum leap forward since the return to the motherland in 1997.” All this presents a crisis of rhetoric and of ideology. If Hong Kong was never a colony, it couldn’t “be returned,” but if this was so, then what was being celebrated on the first of July? Meanwhile, pro-democracy activists are deemed unpatriotic and persecuted. Is one to understand if democracy is desirable or not? And does Hong Kong have one, or not?