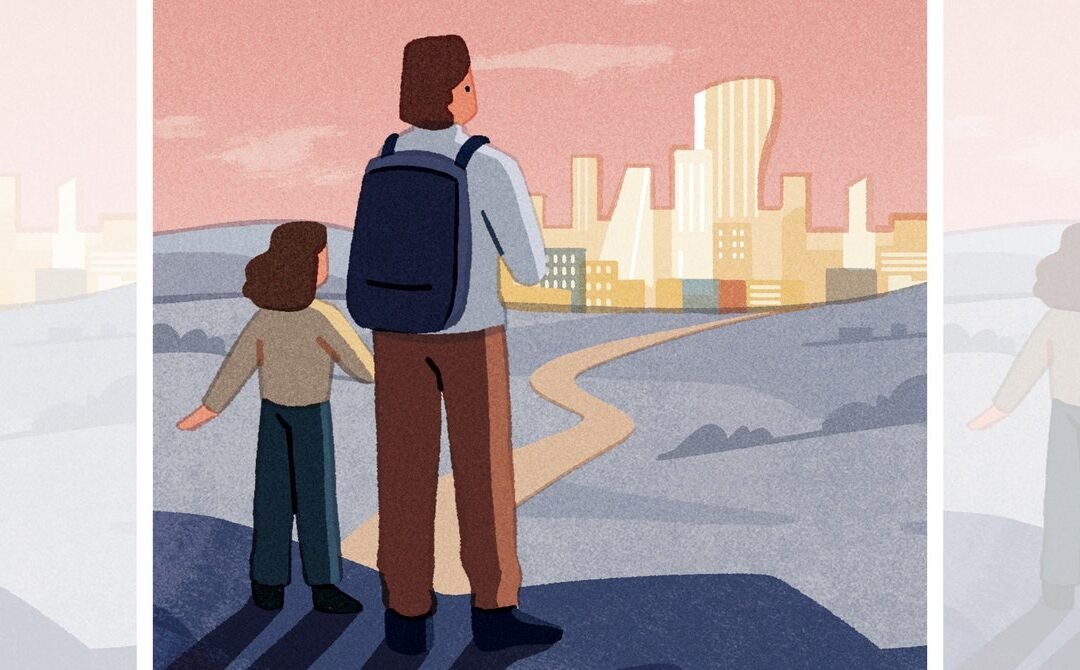 Unprecedented heat, drought, and wildfires caused chaos and misery across the once temperate British Isles this year, as climate change made its impacts felt beyond the mid-latitudes. Across the channel, Europe’s formerly pleasant Mediterranean climate has for some years been plagued by dangerous blazes, smoke, heat, floods and, recently, collapsing glaciers. The United States, too, is perpetually dealing with extreme events somewhere in the country—and often several at once. When fires blaze out of control, floods swamp communities, storms flatten buildings, or smoke makes the air unbreathable, people have to flee their homes. Tens of thousands were evacuated from the Gironde region of France in just one week in July, the same month that massive evacuations were ordered in California and Kentucky. After each disaster, people return to rebuild and adapt, or they move permanently somewhere safer. In poorer countries, closer to the equator, the situation is much worse. Increasingly, people cannot return, they cannot adapt. They have to move. In 2023 the issue will become impossible to ignore.

Climate displacement is adding to a massive migration already underway to the world’s cities, and it is becoming a critical issue globally. In 2022, the number of forcibly displaced people exceeded 100 million for the first time, with climate change displacing more people than conflicts. Models show that for every degree of temperature rise, a billion people will be displaced. Over the coming decade, hundreds of millions of people will have to move—you will either be among them or receiving them.

We are facing a huge upheaval, a crisis for our species. Yet, to date, there has been little acknowledgment of this unavoidable climate migration and certainly no plan to manage it. It has taken decades for governments to act in any meaningful way on mitigating climate change by decarbonizing their economies. That has now started, although too late to avoid global temperature rise. The essential process of adapting to climate change—something that needs to occur everywhere, from our built infrastructure to food and energy systems—has barely begun, and it still attracts a far smaller portion of funding than mitigation. However, there is a big elephant in the international climate negotiation room that remains undiscussed: For increasing numbers of people, there is no way to adapt; they will have to move.

The global map of today’s climate impacts, and those modeled for the coming decades as temperatures continue to rise in this century, makes it clear that people will have to retreat from large swathes of the tropics, which will become unlivable for at least parts of the year, from coastlines as sea levels rise and weather becomes more extreme, and from low-lying islands. Infrastructure adaptations will not save us, and agriculture will become impossible in places which are now breadbaskets supplying millions of people. Where will they move to? Largely, northwards, to expanded cities, and entirely new cities that will need to be built on the habitable fringes of Europe, Asia, and North America. Managed well, this migration could supply a much-needed population boost to countries with worker shortages due to low birth rates, and it could help reduce poverty in some of the worst-hit nations. Managed badly, it will be a catastrophic upheaval with huge loss of life.

The issue of climate migration is now urgent. It will be raised at the UN Climate Change Conference (COP 28) held in the UAE in 2023. But this is too important to be left to the glacial pace of COP discussions. In 2023, we will start a wider conversation about how we will respond to and manage this mass climate migration as an international community, including looking at setting up a global body that can oversee it.

We have failed to prevent climate change; we can still prevent its most catastrophic effects.