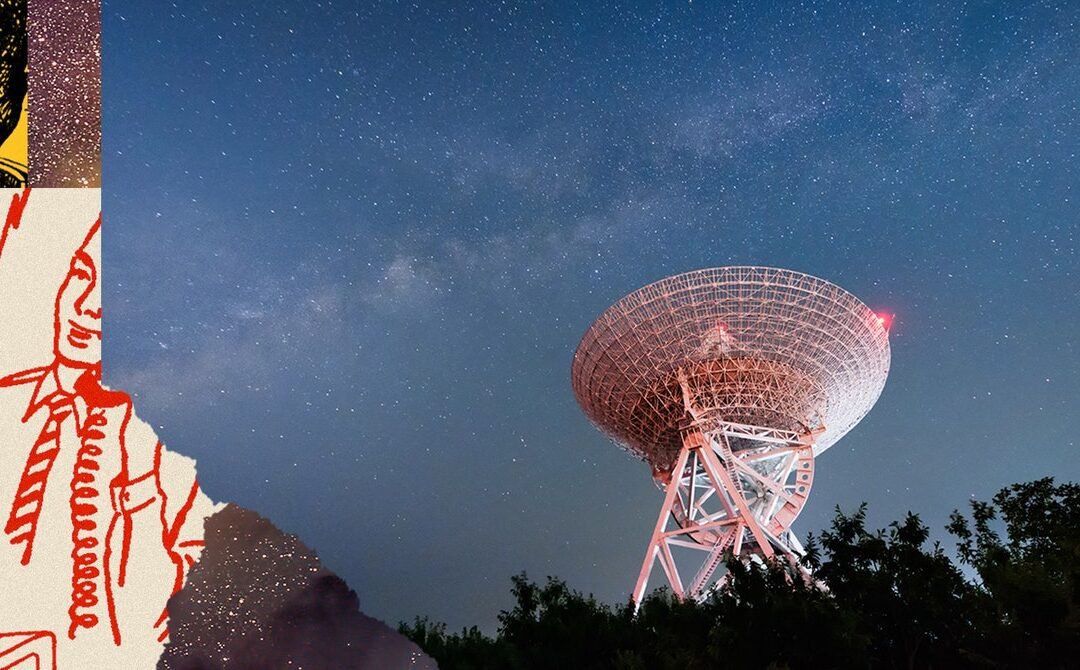 Back in 1950, Enrico Fermi posed the question now known as the Fermi Paradox: Given the countless galaxies, stars, and planets out there, the odds are that life exists elsewhere—so why haven’t we found it? The size of the universe is only one possible answer. Maybe humans have already encountered extraterrestrial (ET) life but didn’t recognize it. Maybe it doesn’t want to be found. Maybe it’s monitoring Earth without us knowing. Maybe it doesn’t find us interesting.

And there’s another reason: The search for advanced aliens is constrained by human assumptions, including the idea that advanced ET would be “alive.”

Scientists who engage in the search for extraterrestrial life look for what life on Earth needs—carbon and water—as well as for biosignatures: gasses and organic matter, such as methane, that living things exhale, excrete, or secrete. Searching for biosignatures is arduous for many reasons, and biosignatures don’t necessarily indicate the presence of life, as they could come from geological or other natural forces (for instance, a whiff of methane detected on Mars has tantalized scientists for years, but they have yet to reach a consensus).

In the grand scheme, Earth is a relatively young planet. If we assume that biological life of some sort emerged on other planets, then we can also make some educated assumptions about how that life evolved—namely, that other species also invented technology, such as tools, transport vehicles, factories, and computers. Maybe those species invented artificial intelligence (AI) or virtual worlds. Advanced ET may have reached the “technological singularity,” the point at which AI exceeds human or biological intelligence. Maybe they experienced what many scientists believe is in store for Homo sapiens—the merging of biological beings and machines. Maybe they’ve become nanosats. Maybe they’re data or are part of a digital network that functions like a collective consciousness. In fact, the last variable of the Drake Equation—a framework for estimating the likelihood of advanced, intelligent species existing in the cosmos—posits that technologically advanced civilizations broadcast detectable signals for a finite amount of time, suggesting they eventually go extinct or become post-biological.

The idea that ET intelligence might exist as “super” AI has been proposed by scientists like Susan Schneider, founding director of the Center for the Future Mind; SETI senior astronomer Seth Shostak; and others. In an op-ed for The Guardian, Shostak posits that aliens intelligent enough to seek out Earth “will probably have gone beyond biological smarts and, indeed, beyond biology itself.” Caleb Scharf, director of Columbia’s Astrobiology Program, argues that “Just as someone living on the steppe in 12th-century Mongolia would find a self-driving car both magical and meaningless, we might be quite incapable of registering or interpreting the presence of billion-year-old machine savants.”

The potential of AI to become super AI and vastly eclipse the limits of human intelligence has long concerned scientists like Nick Bostrom and entrepreneurs like Elon Musk, and so the possible existence of super AI aliens raises important considerations about the risks of searching for—and finding—them. It also provokes questions about the potential dangers of them finding us. Dark Forest Theory teases out these threats, suggesting that the universe is akin to a dark forest full of predators and prey and that stealth is the best, and perhaps only, survival strategy.