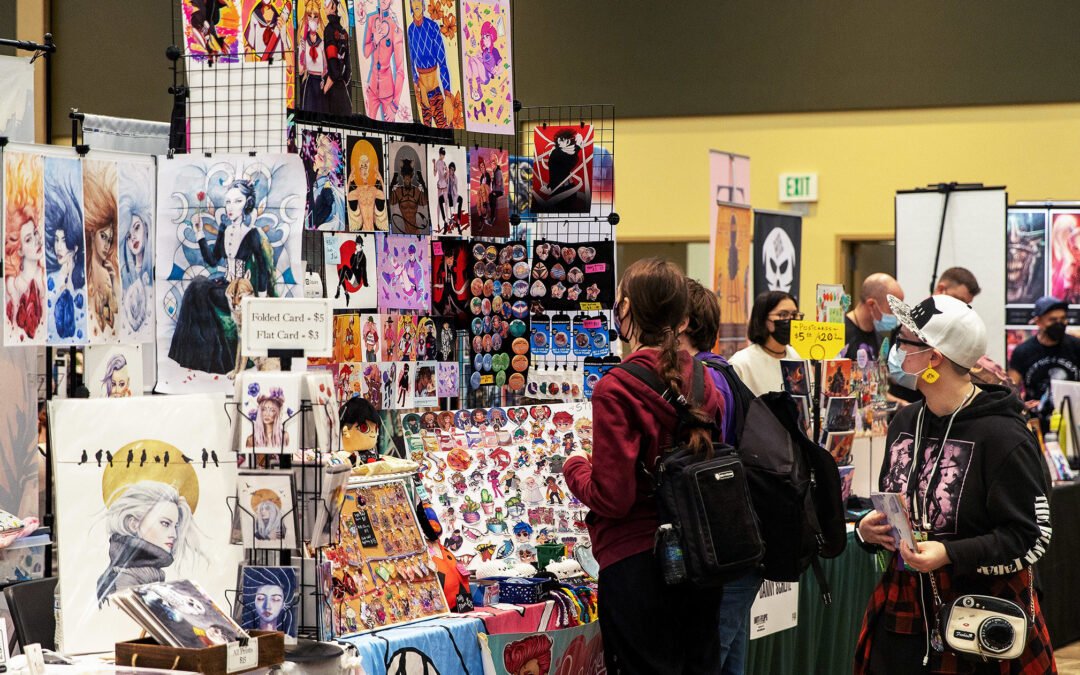 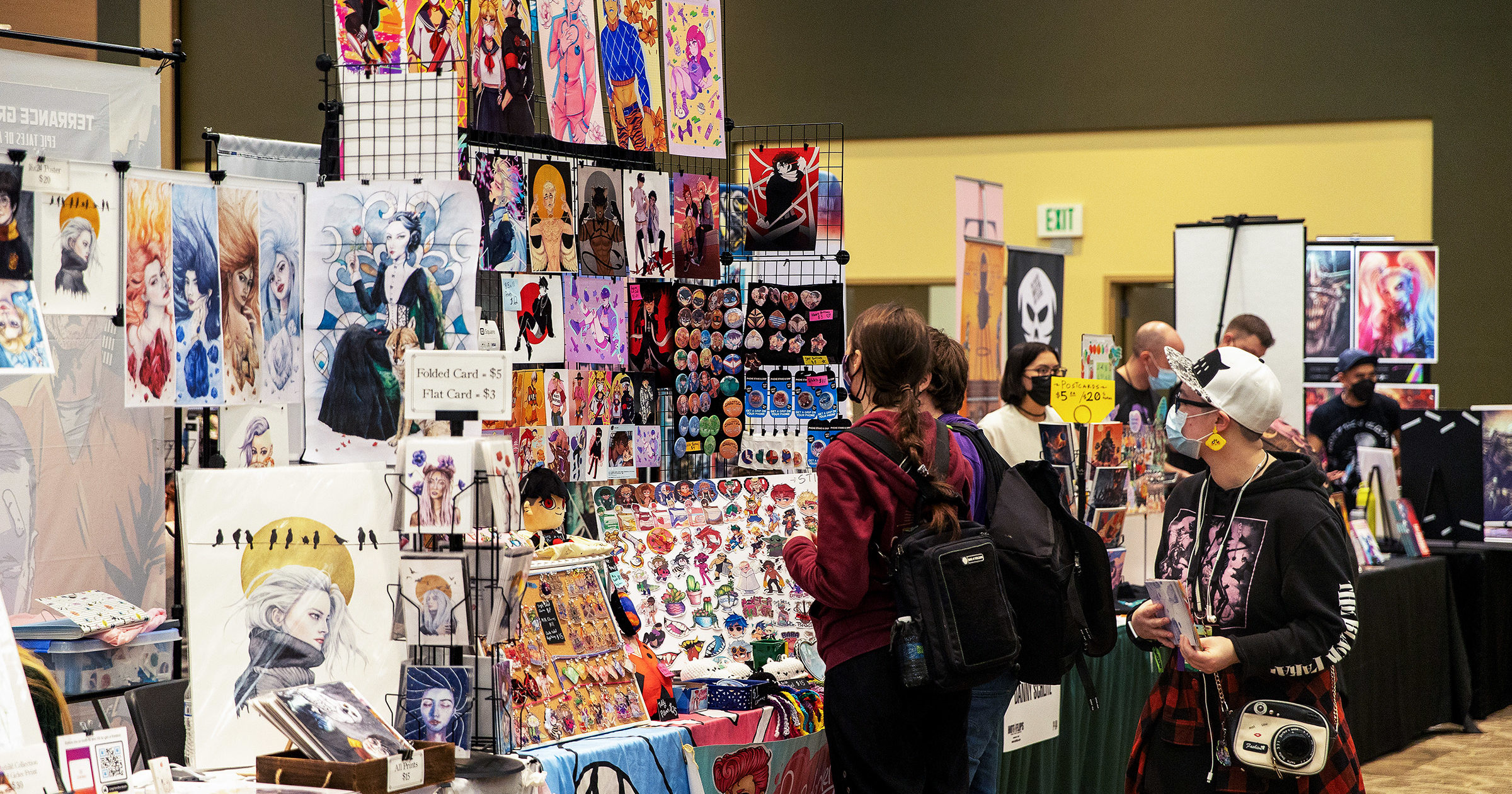 Carol Pinchefsky has written almost 2,000 articles about geek culture for outlets such as Forbes.com, Playboy.com, and Syfy.com. Over the past 20 years, she’s watched fantasy and science fiction grow from a niche interest to a massive cultural force.

“There used to be a point where I knew everything there was to know about geek culture because it was contained within a few spheres,” Pinchefsky says in Episode 504 of the Geek’s Guide to the Galaxy podcast. “But now there’s such a proliferation that it’s a little overwhelming. I actually can’t keep up. And that’s sad for me, but also incredibly exciting.”

As a freelancer, Pinchefsky knows firsthand how hard it is for science fiction geeks to make a living doing what they love. “The market is hot as a geek writer, but it’s not as lucrative as I would like it to be,” she says. “So what I’ve been doing recently is using geek references in business writing. I’ve written articles on ‘Doctor Who and Change Management,’ and I’ve written articles on ‘Security and Star Wars: Rogue One,’ and I’ve written, ‘Game of Thrones and Project Management.’ So I’m able to be geeky and get paid.”

Pinchefsky’s first book, Turn Your Fandom Into Cash, teaches geeks how to monetize their hobby without drawing the ire of their favorite creators. “I went to New York Comic Con, and I looked around the dealer’s room and I saw tens of thousands—if not hundreds of thousands—of dollars exchanging hands every hour, and I thought, ‘Wow, that’s a lot of potential IP infringement going on,’” Pinchefsky says. “So that’s what really got me thinking I should write a guide, to make sure people do what they love and yet respect IP law.”

For the book, Pinchefsky interviewed dozens of writers, artists, cosplayers, convention organizers, and executives. She says that the biggest weapon any geek has in their arsenal is the supportive community of fellow fans. “The idea that there’s a solo entrepreneur making their way in the world, blazing a trail, it’s just completely false,” she says. “You will need help, and you will get help because you are surrounded by people and friends and community, and we tend to help each other.”

Listen to the complete interview with Carol Pinchefsky in Episode 504 of Geek’s Guide to the Galaxy (above). And check out some highlights from the discussion below.

Carol Pinchefsky on growing up geeky:

I was raised in Bergen County, New Jersey. I was smart, I was small, I was completely non-athletic. I wore big glasses—and when I say “big glasses,” we couldn’t afford new glasses, so I had my mother’s glasses, so they were really big for my face. I was constantly picked on, and I’m sure I didn’t make it easy for myself, but I was the girl who always raised her hand whenever there was a question because I always knew the answer. School was so easy for me that I kind of slept my way through it. I didn’t interact with anybody. Looking back, had I been a little more self-aware, I would have tried to on-board other people and said, “Hey, let’s talk books.” But instead I just kind of kept to myself, and that made me a target.

I was an editorial assistant under Darrell Schweitzer and George Scithers, which was quite an experience. We got all sorts of amusing mail … [In one story] an old woman was sitting in her chair and suddenly a man leaps out and stabs her. The end. I read the envelope, and I didn’t recognize the return address. I said, “Well, this is very strange,” and someone said, “How so?” And I said, “Oh, a guy just leaps out and stabs his mother, and I don’t recognize the address.” And the guy said, “Oh yeah, that guy. He’s a prisoner, and every week he sends in a story which is a variation on a man suddenly killing an older woman, usually his mother. Sometimes it’s defenestration, sometimes it’s decapitation, but there’s always a murder and it’s always a woman.” And I said, “Not only am I not going to write the rejection letter, I’m going to make sure your name is on the rejection letter, Darrell.”

[My husband] is from England, I’m from the United States, and so we earned all of these air miles during our courtship. So we had enough air miles to go to Japan during our honeymoon. We went to a shrine in Kyoto. You got to choose your fortune—you picked up a stick, and you handed it to the man behind the counter, and he would find a fortune for you. My fortune said I would have good luck but I would lose things. And then when Peter’s fortune came around, it said he would have excellent luck and he would find lost things. The man was reading this in Japanese, and he just started laughing and laughing. I think we made his day because it seems that our fortunes were quite intertwined.

I met someone who got a license to write a role-playing game, and he had zero experience. He was kind enough to let me use his IP application [in the book]. He just kind of wrote what he thought the company would like to see, and then eventually, after many years of chasing them down, the company eventually said yes. That was for a video game called Elite—that was the ’80s version—and now the modern version is Elite: Dangerous. And so he was able to get an IP license that way … Another person signed up for an IP licensing expo. She couldn’t get a single meeting, but just because she signed up, her name was on a list of creators, and someone found her, and now she has the IP license for an upcoming TV show.