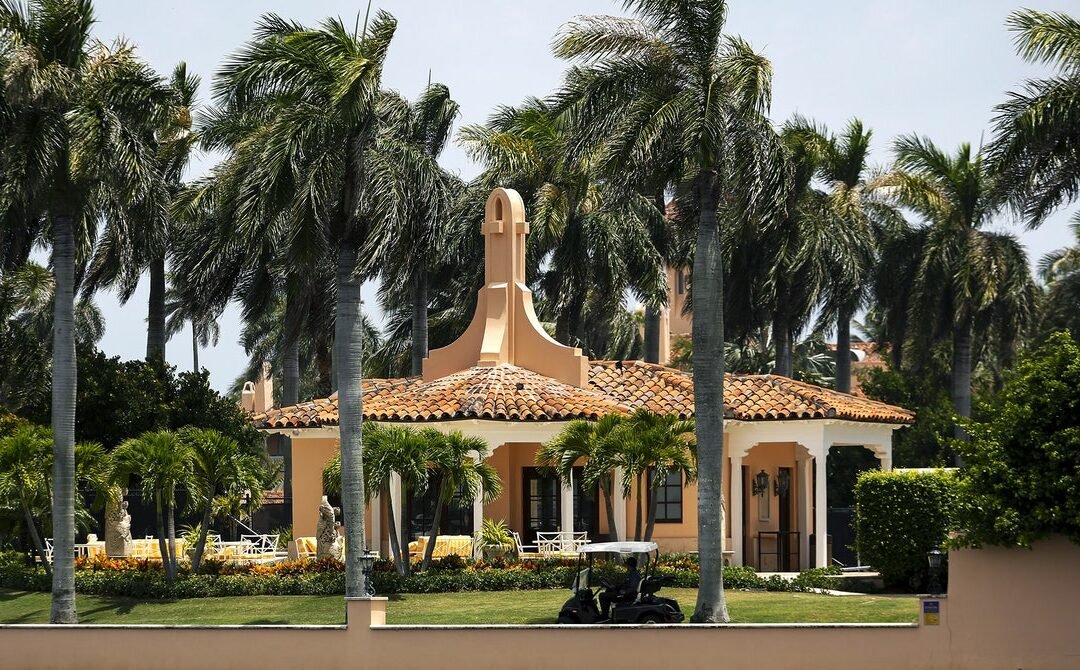 The exclamation point is perhaps the most tantalizing part of Donald Trump’s post-raid-on-Mar-a-Lago statement: “They even broke into my safe!”

It’s been a bad week for a man who believes that a safe—an obvious investigative target—is beyond the pale. Not only did FBI agents enter Trump’s Palm Beach home on Monday as part of a criminal investigation, but a federal appeals court also decided on Tuesday that the House can have access to Trump’s tax returns.

Trump didn’t use the word “privacy” in his posted complaint about Monday’s FBI search, but his use of such punctuation suggests that he believes he has a right to just that. He also called the raid an “assault,” suggested that Mar-a-Lago was “under siege,” and asked about the difference between this series of events and Watergate.

While the former president meant to link the FBI’s actions with those of the Watergate burglars, the question is apt for other reasons. In short, both of Trump’s recent privacy predicaments relate in some way to Watergate and President Nixon. And with that specter in the air, it’s no wonder the former president isn’t on the winning side of privacy.

First, Trump’s attorneys have said that the FBI’s search at Mar-a-Lago is connected to the Presidential Records Act. That law, inspired by Watergate, makes what many presidents might consider private White House documents—including President Richard Nixon’s infamous tapes—into more public ones. “The United States shall reserve and retain complete ownership, possession, and control of Presidential records,” the law reads.

The Presidential Records Act has a broad sweep, and therefore could apply to whatever was in that Mar-a-Lago safe. It covers “all books, correspondence, memoranda, documents, papers, pamphlets, works of art, models, pictures, photographs, plats, maps, films, and motion pictures, including but not limited to, audio and visual records, or other electronic or mechanical recordations, whether in analog, digital, or any other form” created by the White House.

That means that no matter how the FBI’s search ends in a criminality sense, the public could soon see whatever Trump wanted kept secret. Worse news for the former president is that it’s the Archivist of the United States who assumes responsibility for presidential records once a president leaves office and who makes the call whether (and often when) to reveal them.

The idea is that the public deserves to know about many things that happened in the nation’s top office even when a former president may think otherwise. “Presidents are not kings,” one federal judge wrote about the Presidential Records Act and its balance with privacy and presidential privilege, “and [Donald Trump] is not President.” The appeals court in that same case, one concerned with congressional access to White House documents as part of the January 6 investigation, later dismissed Trump’s “generalized concerns for Executive Branch confidentiality,” explaining that “we have one President at a time” and that a former president’s sense of things is considerably less important than that of the current one.

This is not to say that a former president has no privacy rights in material created while in office; Donald Trump’s exclamation point and concern for his safe could potentially be valid. Even the Presidential Records Act suggests that a former president’s “personal records”—those “of a purely private or nonpublic character which do not relate to or have an effect upon the carrying out of the constitutional, statutory, or other official or ceremonial duties of the President”—can be kept from public view. That means that we’ll never see, as part of a National Archives release, former President Trump’s (or any other president’s) “diaries, journals, or other personal notes” or materials that related to his “private political associations” or those that involve “exclusively to [his] own election,” whatever that means in this particular context. But again, the person who assesses the evidence to figure out which category any particular record belongs in is at least initially the Archivist, not the former president.