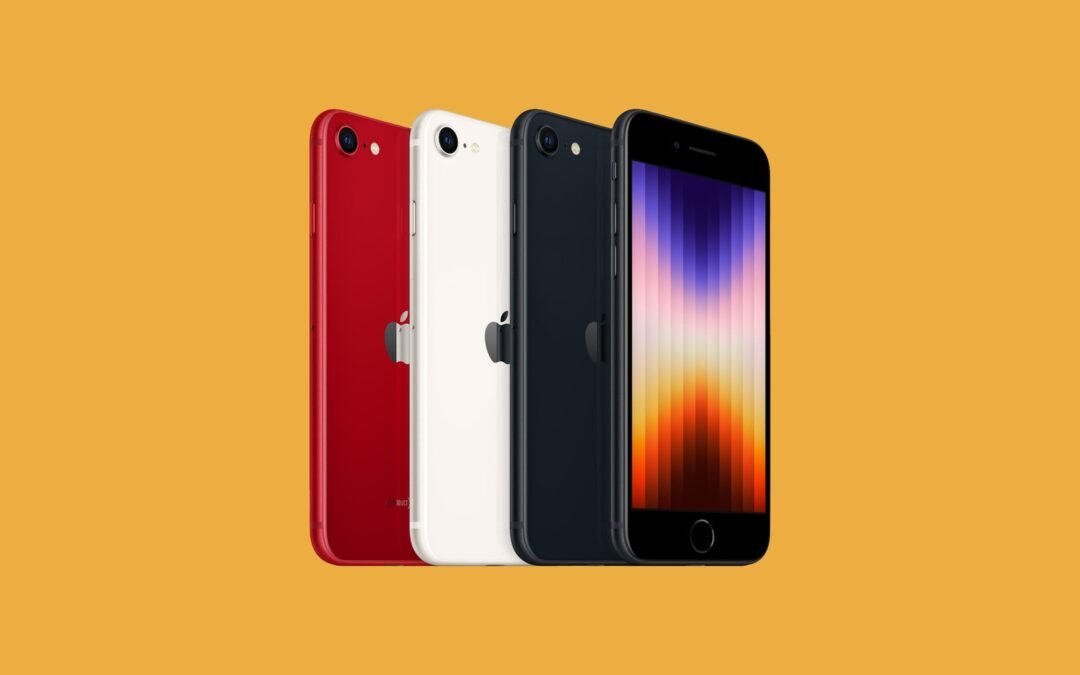 On Tuesday, Apple unveiled an array of new devices, including a new iPhone SE with 5G, a new version of the iPad Air, and Mac Studio, a whole new desktop PC with a powerful new processor. Apple made all these announcements in a prerecorded presentation that oddly did not reference the ongoing war between Russia and Ukraine, even though the company changed its policies last week in response to the conflict. Apple’s product shows are like Waffle House—no matter how many crises befall the world around them, they’ll keep on going.

Here’s everything that was announced.

Anyone who loves iPhones with physical home buttons will be happy to see yet another refresh of the iPhone SE. Not much has changed since the 2020 update to the small, least expensive iPhone. This time, Apple has stuffed the A15 Bionic processor inside, the same one found inside the iPhone 13 models. That means this budget-model iPhone is nearly as capable as the super-expensive iPhones, and Apple says this chip enables better battery life. You also get 5G connectivity, so you can access faster internet speeds on your carrier’s network, and the glass around the phone is the same Ceramic Shield that protects Apple’s iPhone 13 models. The SE also has a 12-megapixel main camera, which allows for similar features introduced in the mainline iPhones, like Photographic Styles and Deep Fusion. That’s all it gets for new optical guts—there are no additional sensors here. Even the 7-megapixel selfie camera is the same.

Weirdly, the new iPhone SE doesn’t include support for the MagSafe accessory system. Apple introduced MagSafe with the iPhone 12, allowing you to magnetically attach accessories like wireless chargers, wallets, and battery packs to the back of the phone. (Don’t worry, you can still wirelessly charge this iPhone.) Everything else about it is more or less the same, from the 4.7-inch LCD screen and IP67 water resistance to the home button with Touch ID. It comes in three colors: midnight, starlight, and Product(Red). Preorders open up this Friday, and it goes on sale March 18 for $429.

If you prefer a Face ID-enabled iPhone, you might be enticed with the new colors available for the iPhone 13 and iPhone 13 Pro—green and alpine green, respectively. They’ll also be available for preorder this Friday, with official sales starting March 18. —Julian Chokkattu

To make its chipset naming convention even more confusing, Apple is adding another processor to its M1 line and calling it the M1 Ultra. It joins the M1, the M1 Pro, and the M1 Max. The design is interesting, as it’s essentially two M1 Max chips smushed together using a die technology Apple calls UltraFusion. According to Apple’s senior vice president of hardware engineering, John Ternus, the M1 Ultra offers a ridiculous 128 GB of graphics memory and has seven times more transistors than the base M1 chip. —Boone Ashworth

The biggest curveball at Apple’s spring event was the announcement of a new desktop PC called the Mac Studio. It looks like a chonky, double-height Mac Mini, a big silver block that stands 4 inches tall. It has ports for days, including four Thunderbolt ports, two USB-A slots, an HDMI port, and a headphone jack on the back. On the front are two USB-C ports and an SD card slot. Wi-Fi and bluetooth are built in. Apple says you can output the display to four of its XDR monitors and a 4K TV simultaneously. The Mac Studio can be configured with either an M1 Max or the new M1 Ultra chip.