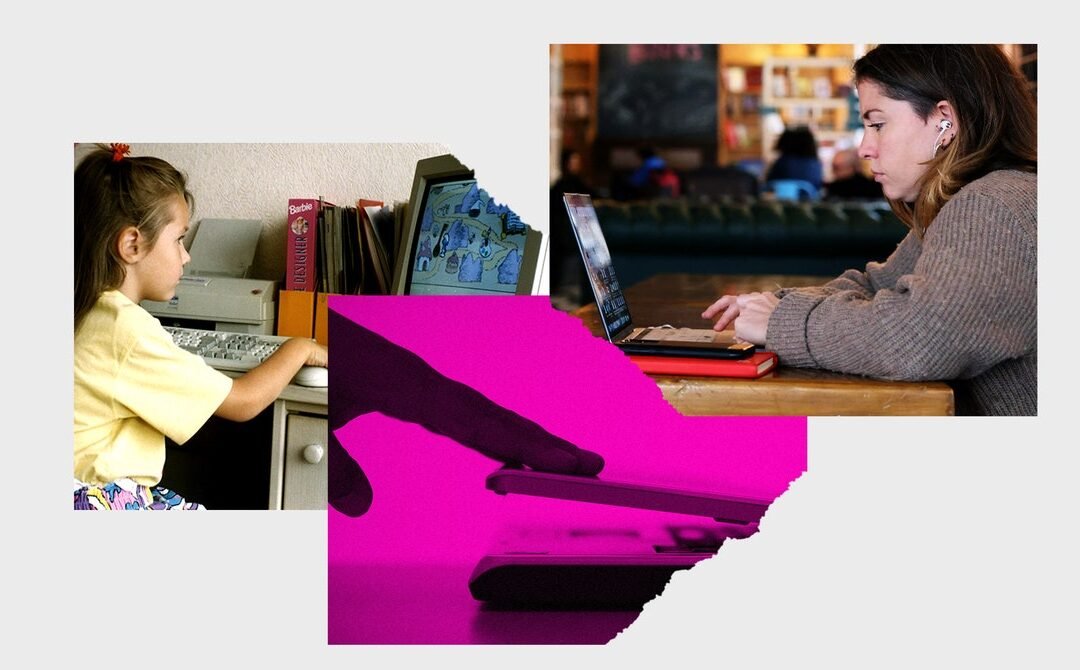 Lately, the point at which I get enough of what I wanted that I delete the app again is when I see a tweet telling me I’m old. I don’t mean it says my name or anything, but that it targets a category of people and makes fun of them for being online at all at 32, 35, 37. I get into a snarly little snit of indignance, and then I get mad at myself for getting mad, and then I delete the app and go to bed, essentially obeying the command in the tweet: Get off of the internet, you’re the wrong age to be here.

The hierarchy in online social spaces is changing as we reach a series of page breaks: The oldest millennials have already turned 40, and the youngest are staring down 30. Our slang terms are embarrassing, and our memes are outdated; the clothes we wore the first time around in middle school or high school are in retro fashion for teens and young adults who weren’t alive yet for Y2K.

People have been old online before, and young people online get older online every day. But millennials are, arguably, the first generation to have been young on social media and to then get older there. Those of us in our mid- to late thirties may have been extremely online for more than two decades, going through more stages of a life cycle here than anyone else yet has. Other people have been old on here before, but they weren’t here when they were young.

When I first got online, the internet felt so much like the future as to be science fiction. Early social media was grimy and chaotic and had nothing to do with family, careers, or any part of polite visible life. It was always 2 am on the internet; it was always a sleepover after somebody’s parents had gone to bed. The internet was the opposite of our parents’ world. It was, by definition, not for old people. Old people, from a preteen’s perspective, probably meant anyone over 25.

My experience of social media, and that of many people around my age, was predicated on making fun of our parents and people their age, who didn’t know what the internet was or how to behave on it. My dad used to tell me about listening to Bob Dylan’s “Mr. Jones” with his dad, and how his dad kept asking who Mr. Jones was, because he didn’t understand that it was him. The internet was our music that our parents couldn’t understand. Sometimes a friend’s parent would make an AOL account, and all of us—fumbling through middle school with our screen names and our chat rooms and our passive-aggressive away messages and our Livejournals—would shriek with laughter about it: an old person, on the internet! It was the best joke in the world.