Extreme Heat in the Oceans Is Out of Control 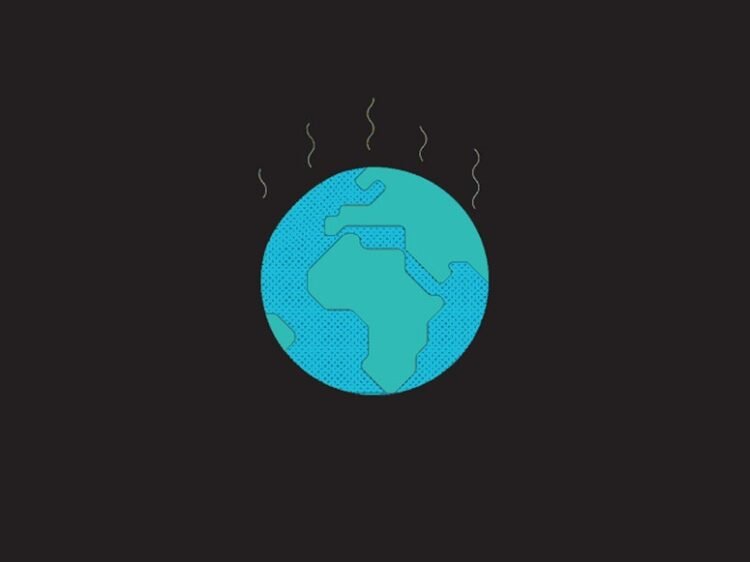 Ocean depth plays a big role in how regions are affected. While the depth of the middle of the Pacific Ocean allows cooler waters to upwell, the shallower areas around tropical islands get no such relief. Island nations are at additional risk because water gets bigger as it gets hotter, a phenomenon known as thermal expansion. “The same mass of water takes up more volume, and so there you go—sea level rise,” says Rudnick.

The WIRED Guide to Climate Change

The world is getting warmer, the weather is getting worse. Here’s everything you need to know about what humans can do to stop wrecking the planet.

In fact, roughly half of human-caused sea level rise is from runoff from melting glaciers, and the other half is from warmer waters just taking up more space. But more locally, almost all of the regional variability in sea level rise is due to thermal expansion, Rudnick adds. The hotter the coastal water, the more the sea rises. This can happen quickly with extreme heat events, whereas sea level rise from ice melt happens at a, well, more glacial pace.

The ecological consequences of rising heat—both in terms of overall warming and spikes from extreme heat—are both obvious and subtle. Species with the ability to flee, like fish, are moving toward the poles. “Like lobster, for example. We’re seeing some dramatic changes in the geographic distribution of that fishery off the northeast US,” says Van Houtan. “There used to be a fishery in New York and New Jersey, and that is essentially nonexistent. And now Maine is thriving, but in 10 years Maine may be on the back side, and it may just be a Canadian fishery moving forward.” Similarly, subsistence fishers in the tropics may lose their livelihoods as entire fish populations move away.

But species that are fixed in place, like sponges and corals, can’t leg it (or fin it) to cooler areas. “The fixed ones are likely going to be seeing absolute thresholds of heat that they can’t coexist with, and so you’re going to see a decline of those,” says Van Houtan.

Extreme heat poses an additional danger, even for species that are already in the process of gradually migrating to cooler areas. “When you have these abrupt events like marine heat waves, they don’t give any time for adaptation,” says Seegers. “So they can result in really high mortality. This happens across ecosystems from coral reefs to kelp forests, and they can cause seabirds to die.”

“It can take the system years to recover,” Seegers adds, “because if you have a lot of mortality, it’s not going to necessarily go right back to normal.”

Further complicating matters, these heat extremes often coincide with low winds. The wind plays an important role in the ocean food chain, because it mixes the water, bringing up nutrients from the depths. Tiny photosynthetic organisms called phytoplankton rely on these nutrients, just the way the plants in your garden rely on fertilizer. These phytoplankton feed animal species called zooplankton, which feed fish, which feed marine mammals and seabirds. Losing the phytoplankton to extreme heat, then, assaults the base of the food web.