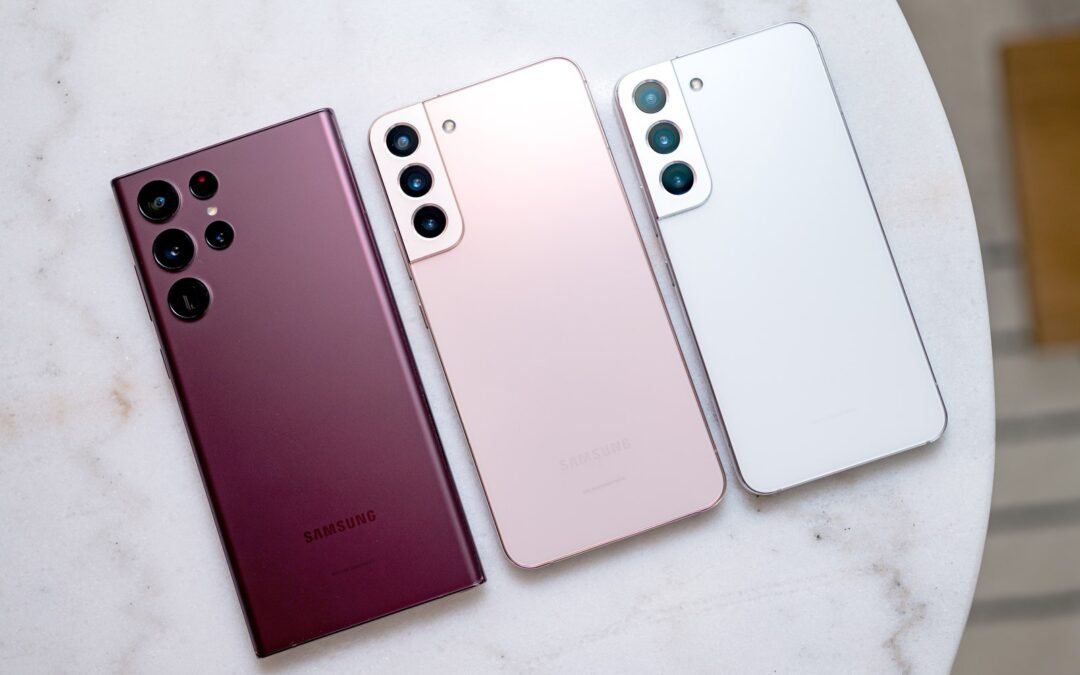 It looks like a Note, it acts like a Note. Just don’t call it a Note. That’s Samsung’s new Galaxy S22 Ultra, a massive, 6.8-inch Android phone that’s styled like the Galaxy Note 20 Ultra from 2020. The similarity between the new S-series phone and the Note of yesteryear is more than skin deep. For the first time on a Galaxy S, a stylus—the one feature that made Note phones so unique—is embedded inside the device. That might mean the death of the Note branding Samsung has used for its large, S Pen-carrying mobiles since 2011.

This $1,200 phablet (are we still saying phablet?) was announced today at Samsung’s Galaxy Unpacked virtual event, alongside two other phones: the new Galaxy S22 ($800) and Galaxy S22+ ($1,000). Oh, and three new tablets too. Here’s a breakdown of all six Samsung devices.

Let’s start with the phones. There are minor changes over last year’s excellent Galaxy S21 range. The S22 and S22+, for example, are slightly smaller than their predecessors, with 6.1-inch and 6.6-inch screens, respectively. They don’t have the accented color on the rear camera module, which is a downgrade to me. It added a bit of fun to the S21 lineup, and things feel a bit one-note here (pardon the pun).

The S22 Ultra gets the biggest redesign. It takes many cues from the Galaxy Note, including the built-in S Pen you can pull out from its underside. Samsung says its stylus is more responsive than ever before, but it can do all the same tricks we last saw on the Note 20 Ultra, including serving as a Bluetooth controller for the camera, acting as a drawing utensil, or being used as a way to take notes so Samsung’s handwriting recognition software can convert your scribbles into regular text. There is no S Pen included with the S22 or S22+, and those phones don’t support the stylus either. You’ll have to pay for the Ultra if you prefer to use a stylus with your phone.

The other main difference between the Ultra and its smaller siblings is in the camera system. The S22 Ultra remains the only one of the lot with a 10X optical zoom camera—and it has no peer in the US with similar functionality. Its main camera uses the same 108-megapixel sensor as last year’s S21 Ultra, whereas the S22 and S22+ have a new 50-megapixel sensor that’s 23 percent larger than the sensor in their predecessors. Larger image sensors have more light-gathering capabilities, enabling them to produce brighter and sharper photos. The only cameras that are exactly the same across all the phone models are the 3X optical zoom telephoto, the 12-megapixel ultrawide, and the 40-megapixel selfie cam.

Despite different main cameras, Samsung says all three phones use a new image processing technique called Adaptive Pixel to produce brighter high-resolution photos. Weirdly, this process doesn’t occur by default. Let me explain. Just like last year, by default, the new devices capture 12-megapixel photos instead of photos that take full advantage of the sensor size—108- or 50-megapixel photos, depending on the phone. This is because it uses a process called pixel binning, where pixels merge and become larger but fewer in number so each one can absorb more light. That produces a photo that’s lower in resolution yet brighter. It’s an ideal method to use anytime there isn’t a ton of light in a scene.