Don’t Dump Frying Oil Down the Drain. Turn It Into Jelly 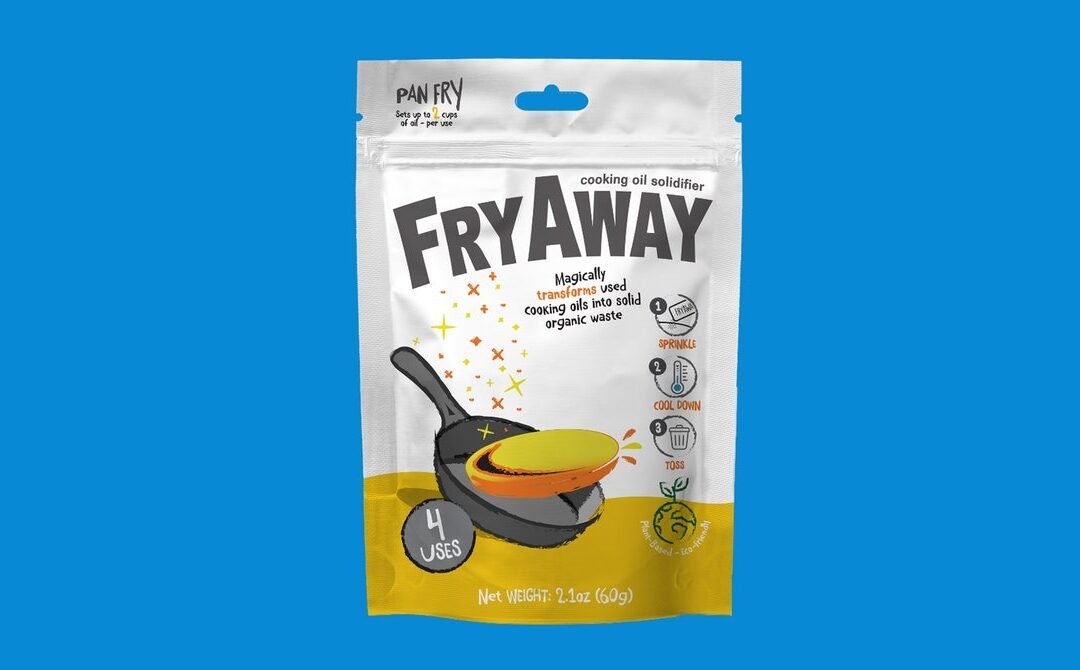 After speaking with Brown, I kept frying things: salt and pepper shrimp, smothered pork chops, even fish and chips. Slowly, I came up with a better plan for how to get rid of cooking oil in Seattle, and when I’d incorporate FryAway. For large quantities (up to 2 gallons), I’d continue to try to put it in labeled containers so it could be converted to biodiesel—no FryAway used, unless I didn’t have containers. For typical sauté quantities, I’d just wipe the pan out with a paper towel and put it in city compost without FryAway. For shallow-fry quantities, which are too much for paper towels and too little to put in a container, I’ll use FryAway and put the solidified oil in the city compost. Your solution will depend on where you live and what the local disposal options are. If I lived somewhere where the only option was to throw it in the trash, I’d likely use FryAway (or something like it) for anything but quantities I could wipe up with a paper towel.

The other thing I tried to do was cook with the oil more than once, or as Brown might say, more fully capture its value. After all, she said, “if you use it twice you need half as much.”

This made me think back to the years I lived in Barcelona, where, if I may generalize, they don’t do as much out-and-out fried food (like fries) as we do in the United States, but are more prone to cook a pound or two of sliced potatoes and onions in a couple cups of oil over medium heat for a Spanish tortilla. What surprised me was how people would have dinner, then pour the used cooking oil into a container near the stove to be used again and again. If that seems weird, think about the Fryalators at your favorite burger joint; it’s not like they’re changing the oil out after every batch of onion rings.

“How do you know how long to keep it?” I asked on a video call, and she gestured to her eyes and nose.

“With potatoes, the oil stays pretty clean, but with croquettes, it goes faster,” she says, referring to ingredients like bread crumbs, flour, and cheese in the latter which might flake off, fall to the bottom of the pan, and slowly crud up the oil. “If you use it too long, you can tell.”

The reuse of cooking oil is so ingrained into life in Barcelona that the city provides cooking-oil recycling containers, which can be filled up and swapped out for empty ones at recycling centers.

“Every Wednesday, a truck comes to our neighborhood for a few hours and we can bring stuff like used cooking oil, clothes, and electronics to it for recycling,” she says.

While I’m glad Seattle has different options for disposing of cooking oil, I really liked having FryAway around, particularly for midsize jobs that were too much for a paper-towel wipe up and not enough to stick in a gallon container. However, its usefulness will depend on what you cook and what the disposal options are where you live. We might not all have little trucks that show up in our neighborhood and cart our oil away, but at the very least, FryAway gives us one more reason not to pour oil down the drain. It may even help keep the banana peels off our roofs.