Another Global Pandemic Is Spreading—Among Pigs 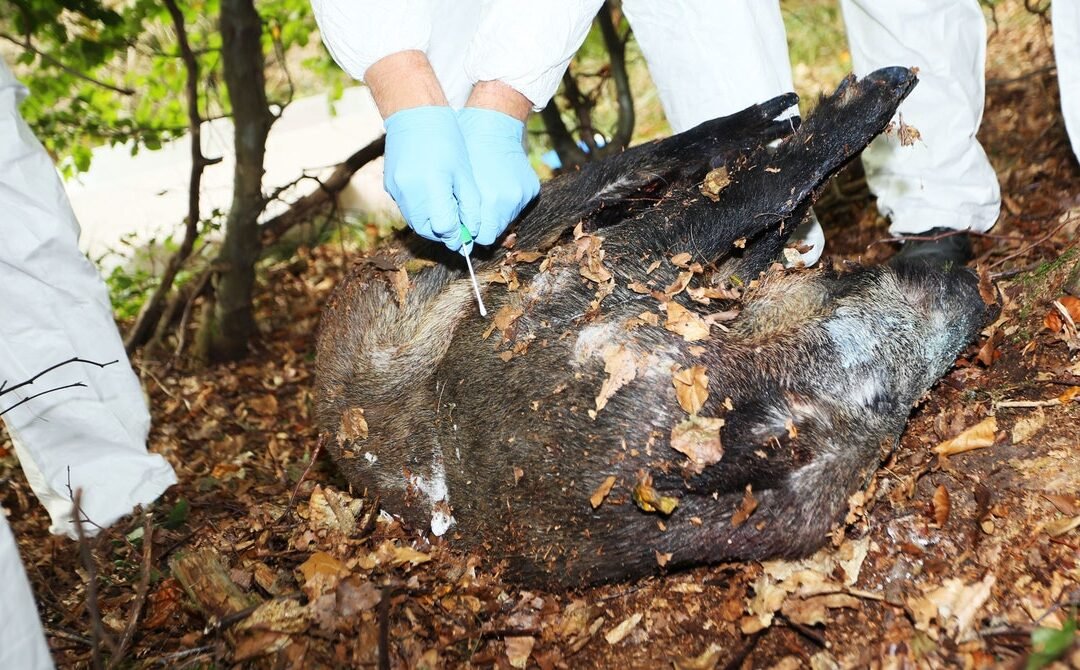 A disease outbreak blossoms in China. Exactly how it emerges, far from the eyes of any surveilling scientist, no one can quite explain. It spreads with incredible speed, killing in wide swaths, freezing transport and trade, and causing vast economic disruption. Hitchhiking on global travel, it circles the world. There is no cure, and no vaccine. Inevitably, it arrives in the Americas, in July 2021.

Yup, 2021. The year is not a typo. This outbreak isn’t Covid; it is a parallel, hidden pandemic, a deadly animal disease called African swine fever that was detected in the Dominican Republic in July. African swine fever poses no risk to humans, but it is incredibly destructive to livestock: Those deaths in China were millions of pigs, at least one-quarter—and possibly one-half—of the entire herd of the world’s largest pork producer.

In the United States, animal health authorities are now on high alert. The US Department of Agriculture has pledged an emergency appropriation of $500 million to ramp up surveillance and keep the disease from crossing borders. African swine fever is so feared internationally that, if it were found in the US, pork exports—worth more than $7 billion a year—would immediately shut down.

“Long-distance transboundary spread of highly contagious and pathogenic diseases is a worse-case scenario,” Michael Ward, an epidemiologist and chair of veterinary public health at the University of Sydney, told WIRED by email. “In agriculture, it’s the analogue of Covid-19.”

As with the Covid pandemic at its start, there is no vaccine—but also as with Covid, there is the glimmer of hope for one, thanks to basic science that has been laying down findings for years without receiving much attention. Two weeks ago, a multinational team led by scientists at the USDA’s Agricultural Research Service announced that they had achieved a vaccine candidate, based on a weakened version of the virus with a key gene deleted, and demonstrated its effectiveness in a field trial, in pigs, in Vietnam.

The vaccine candidate is being developed by a commercial partner, a Vietnamese company called Navetco, on a timeline that isn’t yet clear. It’s the fifth experimental vaccine developed by the USDA team. (The first four are being developed by private companies without further federal involvement.) “As far as we know, we have the most advanced African swine fever vaccine in the process of commercialization,” says Douglas Gladue, a microbiologist who is one of the developers.

To step back a bit: African swine fever is a longtime agricultural foe. Though it devastated China’s pork industry, China isn’t the disease’s place of origin. The story of African swine fever actually does begin in Africa, almost exactly 100 years ago.

A Scottish veterinarian named Robert Eustace Montgomery, who was working for the British colonial government in East Africa, published the first description of it, in September 1921. Montgomery reported outbreaks of a hemorrhagic illness in farm pigs that was so destructive “an owner … must be prepared for a practically total loss,” he wrote.

The new disease, caused by a virus, became a regular companion to farming in East Africa. Wild swine and warthogs harbor it and periodically spread it to livestock; so do certain species of ticks that feed on swine. The symptoms were always the same: Pigs would develop fevers, lose their appetites, develop bleeding under their skin and in their internal organs, and collapse. Whenever an outbreak flared, it either burned through a herd and killed all the pigs or was quenched when farmers slaughtered their pigs to stop it. The first farmers to observe the disease found that nothing could prevent it other than keeping pigs confined instead of letting them roam free, and building fences strong enough to keep wild swine out.