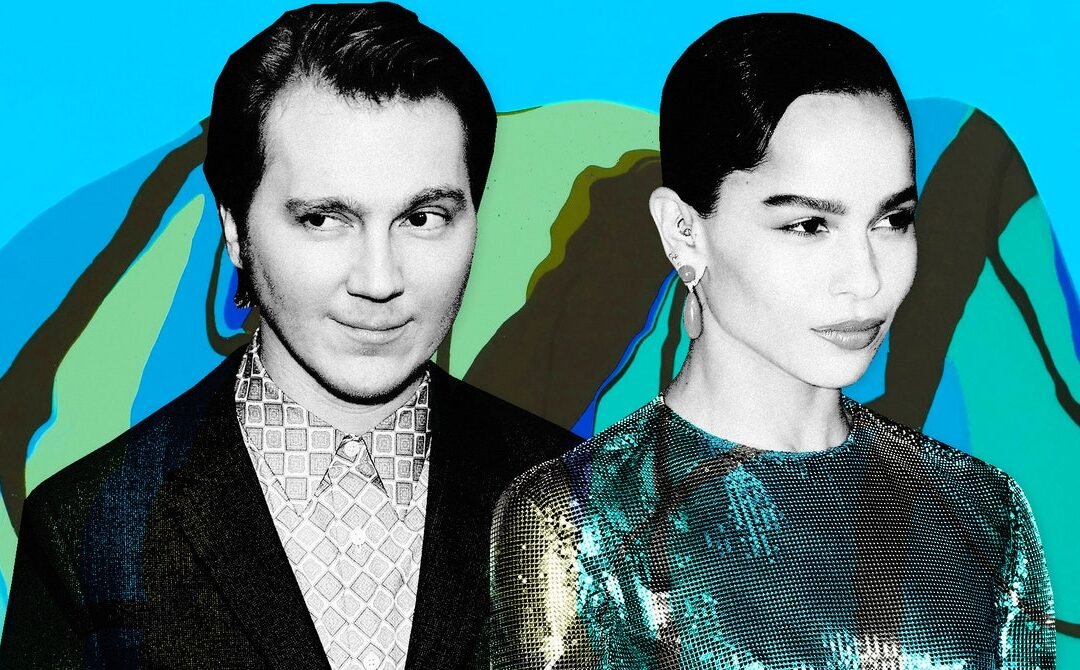 Several years from now, when people look back on the many ways the Covid-19 pandemic forever altered the definition of “everyday life,” movies will undoubtedly be a big part of that conversation. Since early 2020, coronavirus mandates have had the power to shut down entire film productions for weeks, and sometimes months, on end (if not entirely). On the distribution end, shuttered cinemas haven’t helped matters. Some of the most anticipated movies of both 2020 and 2021 have been delayed or had their release dates rejiggered multiple times, in part because of the growing popularity of the day-and-date distribution model (aka when a movie premieres in theaters on the same day it drops on a cable or streaming network), which not all filmmakers are championing. We can’t say whether you’ll end up seeing the biggest movies of 2022 in a theater, at a drive-in, or from the comfort of your living room couch. But what we do know is that there’s an enormous slate of must-see movies coming in the next 12 months. Here are the 20 we’re most looking forward to seeing.

If we ever needed a team of experts to save the world from certain death after a top-secret weapon finds its way into enemy hands, the stars of The 355 might be it. Jessica Chastain stars as a smartest-person-in-the-room CIA agent who assembles an all-star squad of fellow badass women to recover the weapon. Together, rival agent Marie (Diane Kruger), psychologist Graciela (Penélope Cruz), and computer scientist Khadijah (Lupita Nyong’o) travel around the world to take down the enemy—while Sebastian Stan plays second fiddle. We’d believe it.

Matt Bettinelli-Olpin and Tyler Gillett take over directing duties for the late master of horror Wes Craven on the fifth film in the Scream movie franchise, which will see the return of original stars Neve Campbell, Courteney Cox, and David Arquette. The film, which is being released 26 years after the original meta horror-comedy, takes place 25 years later, with a new killer(s) dusting off the Ghostface mask and knocking off a group of Woodsboro teens. That the script was cowritten by James Vanderbilt (Zodiac) and Gary Busick (Ready or Not) gives us higher than average hopes for the relaunch of this franchise.

By the time Matt Reeves’ The Batman hits theaters, it will have been nearly three years since former teen heartthrob Robert Pattinson was officially announced as the newest actor to be handed the keys to the Batmobile. There was, of course, the requisite backlash that has followed any new actor being cast in an iconic role (see: James Bond, Superman, Spider-Man, Batman, Batman, Batman, Batman, Batman, and Batman). And then another uproar when Pattinson questioned whether Batman was really a superhero, given that he has no superpowers (which seems like a fair question). But all that doubting appeared to magically transform into anticipation once the first trailer dropped and audiences finally got a glimpse of what Pattinson has described as a “crazy and perverse” version of The Dark Knight. Which might be just the twist it needed to cement Pattinson’s place in the Gotham City universe. Zoë Kravitz, Andy Serkis, Paul Dano, Jeffrey Wright, and John Turturro costar.

We’ve rarely met a Pixar premise we didn’t like, and Turning Red is proof of why. It’s about a teenager named Mei Lee (Rosalie Chiang) who turns into a red panda whenever she gets overly excited. Sandra Oh voices Mei’s mom, Ming.

If you weren’t a dedicated fan of Masterpiece’s original Downton Abbey TV series, which kept audiences around the world glued to their TV screens for six seasons, then the shenanigans of Lord and Lady Grantham (Hugh Bonneville and Elizabeth McGovern) and their upper-crust friends and family members, plus the servants who wait on them, probably seem downright silly. Which is kind of the point. But with this new movie (its second feature film outing), creator Julian Fellowes sends the Crawleys out of the comfy confines of their Yorkshire estate and to a villa in the south of France, which family matriarch Violet, the Dowager Countess (Dame Maggie Smith), has inherited from an old flame. Let the well-mannered hijinks begin!

Anya Taylor-Joy reunites with her The Witch director Robert Eggers in this hotly anticipated historical thriller, set in Iceland in the 10th century. It features Alexander Skarsgård as a Viking prince (that tracks) who is intent on avenging the murder of his father. The film also re-teams Eggers with Willem Dafoe, who earned some of the highest praise of his career for his role in The Lighthouse. No word yet on how much, if any, flatulence there might be. Nicole Kidman, Ethan Hawke, Ralph Ineson, and Björk costar.

Doctor Strange in the Multiverse of Madness

Fifteen years after directing his final Spider-Man movie with Tobey Maguire, legendary director Sam Raimi is dipping his toe back into Marvel’s waters with this follow-up to 2016’s Doctor Strange, which follows the time-jumping adventures of the eponymous surgeon-turned-sorcerer played by Benedict Cumberbatch. He’ll be joined again by fellow Oscar nominees Rachel McAdams and Chiwetel Ejiofor, with Elizabeth Olsen joining in as Wanda Maximoff/Scarlet Witch (fans of WandaVision will remember that the end of that series opened the door to this movie).

While it would be easy to call Legally Blonde a “guilty pleasure” (as Jim Halpert did on The Office), the fact is that Reese Witherspoon’s presence alone added a bit of heft to the pink-outfitted-fish-out-of-water comedy that ultimately allowed the actress to play up every ditzy blonde stereotype to her benefit, and then turn it on its head. It’s been nearly 20 years since we last saw Witherspoon’s Elle Woods, and we’re excited to catch up.

The new year is bound to be a big one for Keanu Reeves, and for fans of Keanu Reeves, as the actor delivers the one-two punch of The Matrix Resurrections in late December, followed by this fourth installment in the John Wick saga. Adorable doggos are sure to abound.

Tom Cruise is feeling the need for speed yet again in this follow-up to 1986’s Top Gun. In the sequel, Cruise’s Maverick is now the one teaching young hotshots how to (safely) navigate the highway to the danger zone. Among them? Lt. Bradley Bradshaw (Miles Teller), the son of Maverick’s late BFF Goose. Cue the Kenny Loggins.

The past meets the present in the sixth installment of the Jurassic World dino-saga, as relative franchise newbies Chris Pratt and Bryce Dallas Howard mix it up with OGs Sam Neill, Jeff Goldblum, and Laura Dern. Just when you thought there wasn’t any way to make onscreen dinosaurs even cooler, life finds a way.

Crimes of the Future

David Cronenberg is going back to the future. More than 50 years after filming Crimes of the Future in 1970, he’s revisiting his splatter-happy roots with this futuristic tale of a world in which humans are being forced to adapt to their synthetic surroundings and transforming into another kind of being altogether in the process. Viggo Mortensen, who’s partnering with Cronenberg for the fourth time, is a performance artist making the most of the evolutionary state of things and a condition known as “Accelerated Evolution Syndrome” to quickly grow new, and sometimes unusual, organs as part of his act. Yep, sounds like a Cronenberg joint alright. Kristen Stewart, Léa Seydoux, Scott Speedman, and Welket Bungué costar.

Taika Waititi is back to infuse another Thor movie (the fourth) with his trademark wit. And while Chris Hemsworth and Tessa Thompson will definitely be there, so too will Thor’s lady love, Jane Foster (Natalie Portman).

Jordan Peele is back in what could be considered the third installment of his Let’s Upend Every Horror Trope There Is About People of Color trilogy. Not much is really known beyond the fact that it’s a psychological thriller and that Daniel Kaluuya, Keke Palmer, and Steven Yeun star. And really, what more do you need to know?

This content can also be viewed on the site it originates from.

Olivia Wilde has become the topic of many media headlines over her reported romance with former boy-bander Harry Styles, whom she directs in this movie. But don’t let any of that nonsense distract you from the fact that Wilde just may be the voice of a new generation of filmmakers. After tackling high school awkwardness (and wowing critics) with her directorial debut Booksmart, Wilde’s moving on to more adult themes, following Styles and Florence Pugh as a couple working to navigate the ins and outs of married life and utopian living in 1950s America.

It’s not totally out of the realm of possibility to imagine that Tom Cruise, now 59 years old, might still be running across rooftops and trying to save the world from one potential threat or another 20 years from now as IMF agent Ethan Hunt (just with a handful of Werther’s Original candies in his pocket). In the meantime, we’ll settle for witnessing how the seventh film in the M:I franchise, which was filmed in starts and stops as Covid-19 led to a number of set lockdowns—and at least one epic A-lister rant for the ages—turned out in the end.

It’s a testament to the singular talent of Chadwick Boseman, and just how special the original Black Panther was, that Marvel has opted not to recast the eponymous superhero following the death of Boseman on August 28, 2020, just a few months shy of his 44th birthday. Though the story will continue with most of the original cast returning, including Lupita Nyong’o, Danai Gurira, Letitia Wright, Winston Duke, Martin Freeman, and Angela Bassett, writer/director Ryan Coogler has been honest about how devastating it was to write another Black Panther story without Boseman. Not much has been revealed about the movie’s plot, but we do know that Michaela Coel, the creator and star of the devastatingly brilliant I May Destroy You, will find her way to Wakanda.

Not to be confused with Robert Zemeckis and Tom Hanks’ live-action version of Pinocchio (which sounds/looks rather frightening in its own right), this retelling of the classic fairy tale comes straight from the mind of Guillermo del Toro. So you know it’s not going to be something Walt Disney would likely approve of.

Dustin Lance Black won a Best Original Screenplay Oscar in 2009 for his work on Gus Van Sant’s Milk, a biopic of the life and tragic murder of Harvey Milk, a queer rights activist and California’s first openly gay elected official. Now he’s back to the tell the story of another iconic LGBTQ leader, Bayard Rustin, who organized the 1963 March on Washington. Colman Domingo stars as the title character in this Netflix original, which was produced by Barack and Michelle Obama’s Higher Ground Productions.

Ben Affleck and Ana de Armas play a married couple who have fallen out of love, but whose penchant for messing with each other’s heads is the one thing that keeps them together in this erotic thriller. While the real-life romance that developed offscreen between Affleck and de Armas drew much of the early interest in this movie, it blocked out the real story: that the movie, an adaptation of Patricia Highsmith’s 1957 novel, marks the big-screen return of Adrian Lyne, who hasn’t directed a film since his Oscar-nominated Unfaithful (2002). With films like Fatal Attraction, Lolita, 9 1/2 Weeks, and Indecent Proposal on his resume, Lyne has long been a master of the Happy Couple Doing Very Bad Things genre.